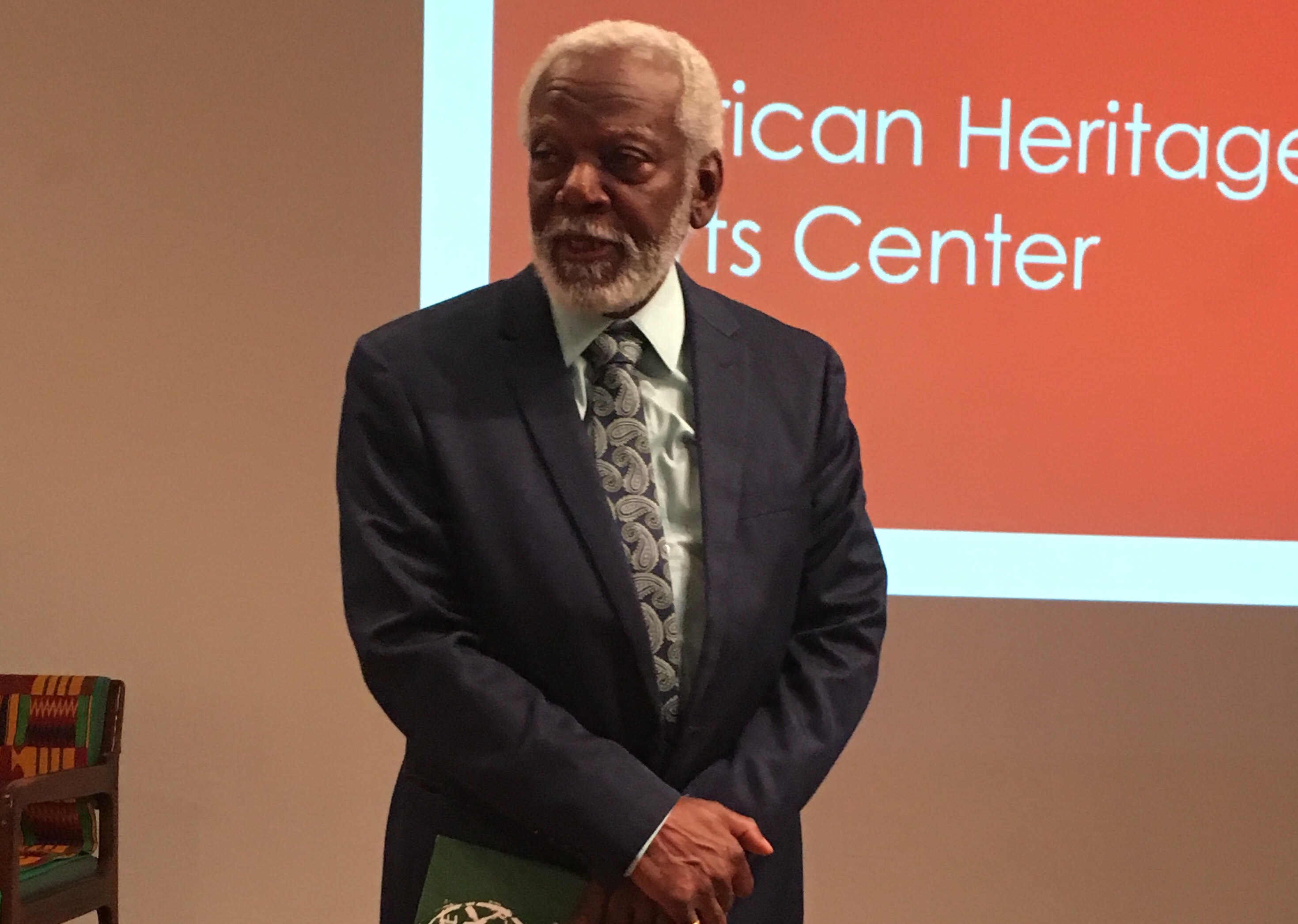 The African Heritage Cultural Arts Center sits quietly on a corner in the heart of Liberty City. The bright blue building with a lovely courtyard, colorful murals, theater and classrooms has been producing locally grown talent for years. The Center, which opened in 1975, has been under the direction of Marshall Davis since 1983.

Marshall’s background as an educator inspired him to “transform the center from a place for recreational programming to one that also included educational programming and training,” he says. He came to the center after meeting Carrie Meek who mentioned that it was opening in Liberty City. “This community had so much to express,” he says.

Davis was the speaker at the latest in a series of presentations by Emerging Arts Leaders Miami. The event was held at the African Heritage Cultural Arts Center and Davis’ talk was followed by a tour of the facility. 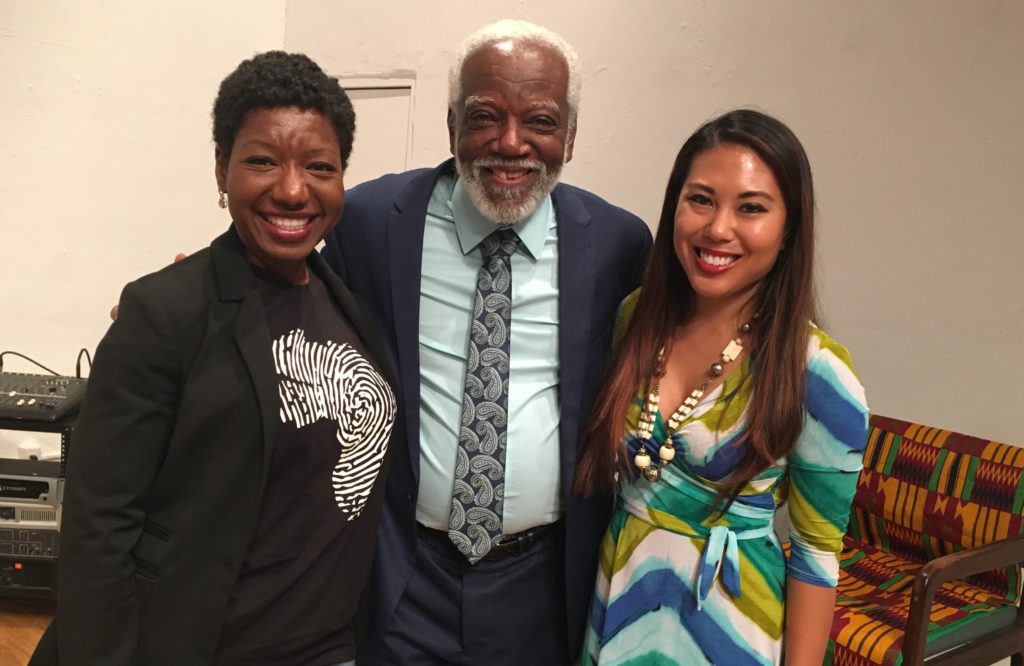 Students at the AHCAC audition for the Apprentice Arts Program, choosing music, theater or dance, and once they’re accepted, they can choose to go as far as they want in that particular discipline. The center serves at least 300 kids in their summer program and most kids stay enrolled for five to seven years.

“Art has a function and a purpose, especially to those in the African diaspora,” he says. “Once the students have been through the AHCAC arts program, they’ve actualized themselves through the arts and are prepared to pursue a career in their chosen discipline.”

The Center also has a resident program for both individuals and groups and a number of activities, exhibitions and a whole host of programs for kids.

Alumni of the Center include singers, actors, dancers and producers, with prominent leaders in their disciplines, like Robert Battle, artistic director of Alvin Ailey American Dance Theater; Tarell Alvin McCraney, playwright, actor and writer and producer of the Oscar-winning film “Moonlight” and the program’s moderator Ashlee Thomas, a dancer and founder of MUCE 305 (Miami Urban Contemporary Experience). 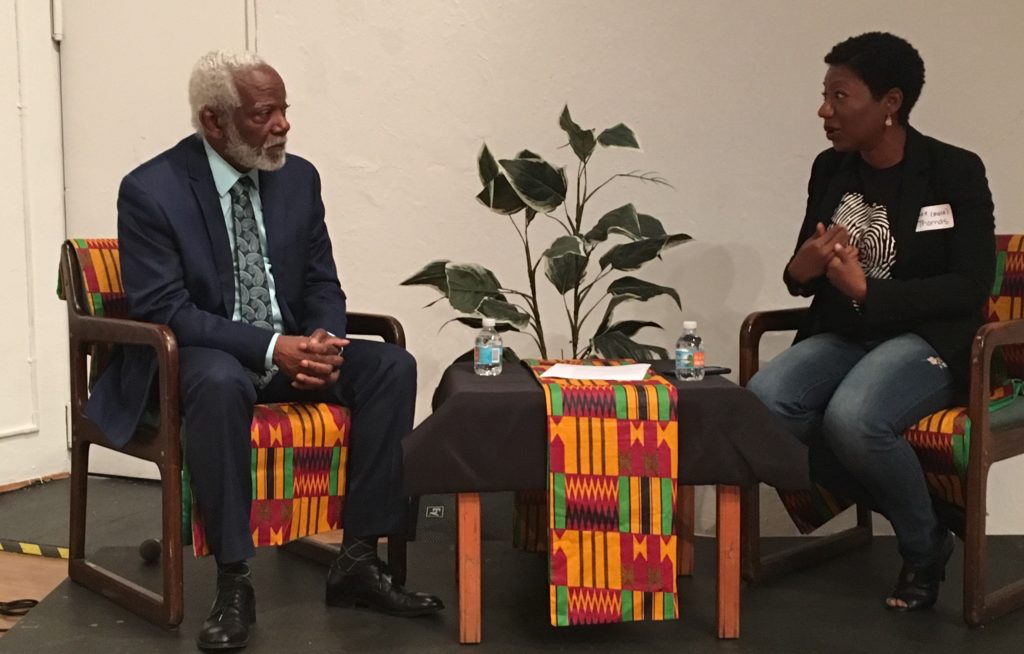 All three, among many others “went through our programs and got their first experiences here,” Marshall says. “The African Heritage Cultural Arts Center is the place for home grown African-American talent.”

Ashlee Thomas shared her story that morning, talking of how she came to the program when she was nine years old. It was where she went every day after school; eventually she volunteered and then worked at the center, which led to attending college, landing a job at the Adrienne Arsht Center and, ultimately, starting her own arts organization.

In her earlier years, Thomas was a student of the legendary jazz artist Melton Mustafa, who was brought to the Center by Davis and helped them win grants to ensure their programming would flourish and grow.

“It was incredible having Melton here and we’ve established a scholarship in Melton’s honor,” Davis says. Mustafa passed away in 2017.

As the center’s 45th Anniversary approaches, the center is due for upgrades and expansions. They recently received a state grant that will help with necessary repairs and renovations to the facility. Marshall explains that the renovations are important to our cultural ecosystem as, “Miami is still working on retaining local talent. We need to create platforms for them to perform,” he said. “We have a lot of cultural venues, so I know we can fill these gaps.”

Also, “to increase patronage,” he says “we have to invite people in through a creative process. We want to inspire others and be compassionate about the people we serve.”

To learn more about the African Heritage Cultural Arts Center, their programming and events, visit their website https://www.ahcacmiami.org/