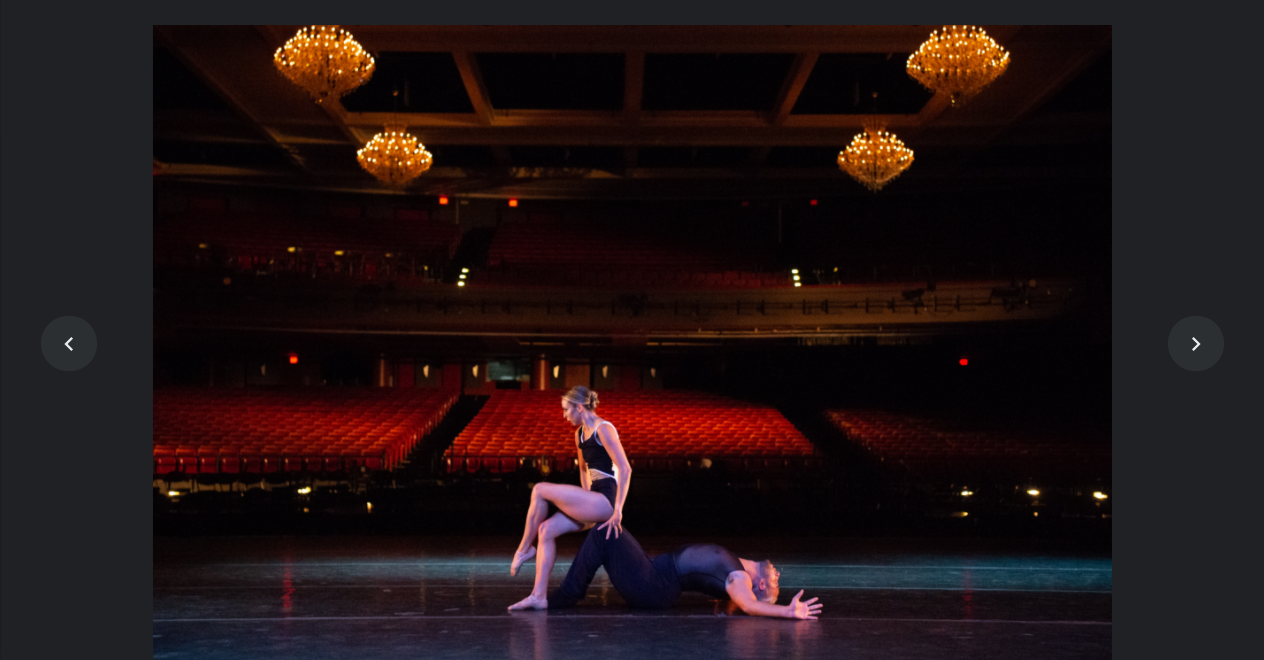 Aaron Atkins and Chloe Slade of Ballet Inc. perform at the International Ballet Festival of Miami in the temporarily uninhabited Jackie Gleason Theater. Live performances were broadcast inside the theater on select nights of a virtual festival. (Photo: Simon Soong).

Culminating a month-long line up of masterclasses, workshops and virtual events, the XXV Annual International Ballet Festival of Miami (IBFM) wrapped up with three live performances on Sept. 11 to 13. The first night was streamed from Dance Town Miami studios in Doral. Dance Town Miami was one of four companies that presented a selection of modern and contemporary duets and solos. Cuban Classical Ballet of Miami, Ballet Inc. and Dance NOW Miami were also on the program. Tickets, at $10 for each of the three nights, allowed for the viewer to have access to a performance for 24 hours.

The first night of what IBFM called a live performance gala was titled “Contemporary
Performance,” which was entirely fitting for what the evening brought forth. Contemporary dance is a fusion of dance styles that combines classical technique and unconventional abstract movement. Duet and solos passionately exposed battles within themselves streamed from the stage in an empty theater space. The single duo of the evening was Chloe Slade and Aaron Atkins from Ballet Inc., whose performances opened and closed the 45-minute show.

Their first piece was a duel of yin and yang as they acted as opposing forces against one another, yet interconnected and embracing their duality like magnets.

Beautiful lines and classical technique of ballet layered with release and contractions of modern dance created an intricate story. The dancers achieved this level of connectedness appearing as if their backs were attached to an invisible string that coiled together every other beat. This was an opener that would set the tone for the rest of the night as the theme repeated in each piece, dealing with internal and external forces pulling and tugging on the artists as they gave in to or broke free through performance.

Part of the magic we see in contemporary dancing is how abstract and expressive the body can be when creating shapes as a pair or a solo. Through each dance, the story flowed from one body to the next as the evening cycled from ballet inspired movement to modern and eclectic variations on feeling and emotion.Next was Ruby Castro, soloist from Dance Town Miami, who flew in like fire moving swiftly through the ground. The music and the steps folded into one another with contractions of the torso, weight of gravity and she used her whole body to reach out and then make her way back up again. The musical accompaniment of stringed instruments helped tell the story of natural elements such as fire and wind.

With hardly a minute to catch a breath, enter wild green hair, bare skin, and heavy panting signaling the sounds of truth. “Nothingness,” choreographed and performed by Natanael Leal with the Cuban Classical Ballet of Miami, was a solo piece that borrowed from theater. The dance channeled the universality of feelings like nervousness, pain and pride using repetition, strong storytelling, and the body’s multi-layered reactions. Actions were rooted in the desire to create in the present. The performer’s use of sound, space, props (shirt-gown and lipstick), the clear body language and expressive facial expressions made everything looked almost impromptu. 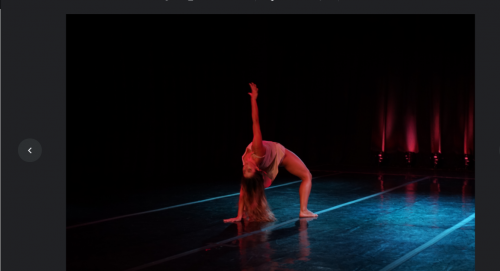 Eleni Gialas choreographer and dancer, in “Apostasi” as part of the Cuban Classical Ballet of Miami for the International Ballet Festival of Miami. (Photo: Ihosvany Rodriguez) .

Then, the program went another step further with an exploration of what humans put their bodies through. Dance NOW Miami presented “In-Somnia,” which captured the anxiety and desperation of sleepless nights. Layers of insomnia were revealed as the piece unraveled across the floor. Colorful changing lights represented mood swings along with suspenseful staccato music that propelled the environment into a state of trance. Julia Faris showed impeccable timing and delivered an intriguing story that took the audience through a rollercoaster of emotion. 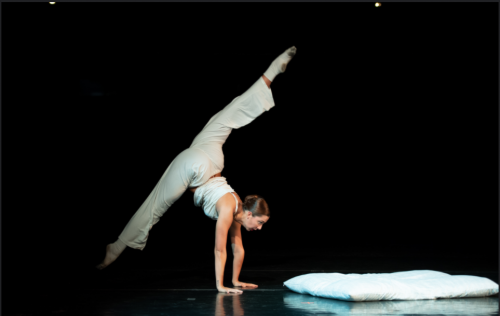 Julia Faris of Dance NOW Miami as soloist “In-Somnia”- excerpt from “Visions of Unrest” (2019), choreography by Hannah Baumgarten and showcased at the International Ballet Festival of Miami. (Photo: Simon Soong)

Halfway through the evening, the pieces began to lean toward more standard contemporary fare. The focus began to shift to the dance itself and the intentions were to exhibit samples of individual contemporary choreography.

Dance Town Miami’s “Conscious Polarity” was smooth and, at the same time, hard-hitting. It displayed a tug-of-war within the dancer. Eddieomar Gonzalez showed struggle told in his movement. While he was upstage, the mood was dark, heavy and full of charge while downstage, his body yielded toward a more vulnerable and collapsing motion.

Likewise, soloist Eleni Gialas with the Cuban Classical Ballet of Miami, searched for clarity and balance in the void of the space and the mind. The choreography had long strides and moments of expansion. She brought poise to the struggle of her movement but stayed in control with a calm confidence that was exhibited in her facial expressions.

The last three pieces dealt with realization and affirmations. A young contemporary acrobat, Jackson Roloff-Hafenbreadl with Dance Town Miami, seized his moment on stage as he gloriously leapt at the climax of the song into an impressive breakthrough. Controlled strength and flexibility in every step were underscored with soft piano and soothing vocals.

The pieces satisfied in capturing strong themes and how they evoked emotion through sweeping interpretations. Ryan Nicolas DeAlexandro from the Cuban Classical Ballet of Miami let the sound of the violin take over his body. Through improvisation there was gentle trotting, waving arms and various syncopated steps. His movement appeared effortless as continuously tumbled and then would catch himself.

The final act cycled back to the duo from Ballet Inc., with tango inspired movements such as synchronized steps and playfulness fused with a signature style of contemporary dance. Chloe Slade amazed as she performed tango in pointe shoes.

While there were many highlights of the evening, dancing on a stage and telling a story with a full audience in a theater is incomparable to digital performance. The computer screen creates a void where what missing is the interaction between the dancer and the audience. The medium imposed on the live extra magic and kick that we expect to see in person. In spite of this, the dancers adapted well to the digital measures. Too bad they couldn’t hear the applause as they were totally present and brave for continuing to celebrate their passion in an unconventional way.