Screenings for the piece at New York University and Columbia University were recently canceled due to the pandemic. However, announcements regarding rescheduled shows will be announced via Alleyne-Caputo’s website.

Ultimately, she is seeking a home for the short film right here in South Florida.

“All of the women involved are Miami based artists,” she said. “I thought it was important to work with women that are directly from the community.”

The thought-provoking project draws from a well of symbolism that features water as its main backdrop.

This, Alleyne-Caputo says, is no accident. 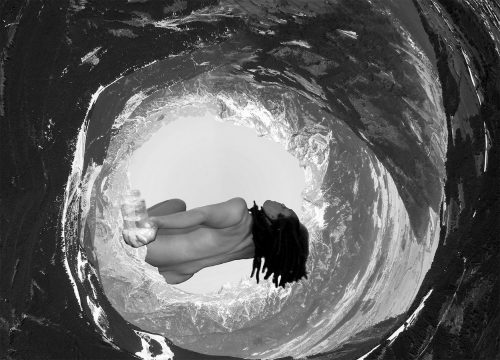 Can You Drink From My Cup; Copyright for image © Alexis Alleyne-Caputo.

“I wanted to use water specifically because we know that water is something that is used in rituals,” she explained. “Water is used as a purification element. We need it to survive. Our bodies are comprised of water. Water was also used as a weapon to commit a large scale genocide against Africans. So there are all these different elements that are working here that may or may not be understood if you’re looking at the full essay…”

As an award-winning artist who is based in Miami and New York, Alleyne-Caputo has tapped into her expertise as an anthropologist and archivist to infuse the project with historical context and form.

She is also known for Afro Diaries, a collection, for and about women of color, which is permanently archived in the Eliot D. Pratt Library at Goddard College, the archives of the University of Miami Special Collections and New York University Bobst Library. For this project, she focused solely on a local ensemble of dancers, authors, poets and performance artists to manifest her vision.

Academy Award nominated filmmaker Katja Esson, who is similarly based in Miami, served as director of photography. Esson said she was honored to be involved in such an emotional project.

“I felt it was a very healing and rewarding,” she said. We talked about collaborating as a white female and black female artist in this piece. It was very intense,” she revealed.  “There were tears.”

Esson recalled how producing the short film presented its own challenges given that she isn’t usually behind a camera.

“I had to get out of my depth a little bit,” she said. “I work with a male cameraman. He is my eyes and I completely rely on him but it was very obvious that this should have a female eye and camera person.”

When she looked, what she saw through the eye of her lens was the black female body in motion boldly exploring her environment. 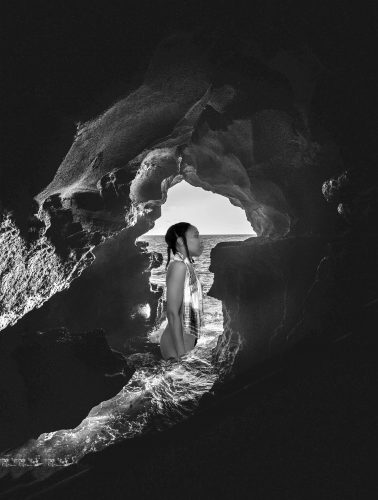 “Water is always present in the background. That was the main element. We also included earth, trees, sky and clouds. I also focused on the body and the dancers and the movement. We did a lot of detail: the mouth, eyes, hands, arms, feet, body parts in the context of nature.”

Alleyne-Caputo posits that in her piece the black female form serves as a sculpture, the empowerment of beauty and a living testament to their place in history. Highlighting their bodies, at times in a state of undress, was also a crucial aspect of the piece.

“I like to use the body as story, like a storybook,” she said. “Nudity, I think. at least my intention is, is to encompass the vulnerability of the woman and then to also position them in a raw state…We’ve been vulnerable since the transatlantic slave trade. So it’s almost like an experimentation of revisiting something from the past, and something that we’ve inherited simply because of our bloodline.”

Though the piece highlights historical traumas it also speaks to obstacles facing women of color today, When probed on modern day challenges she responds, “The most pressing issue is being accepted for our whole selves as a whole person, being valued and respected…and by that I mean accepting us in all of our many identities and roles, given our history…”

Alleyne-Caputo hopes that Colonial Currents will break though barriers while sparking conversations on race, identity and the fundamentals of one own’s identity.

She calls upon the overall water theme of the film as she asks, “What part of your narrative is being washed over?”