Carmen París: A celebration of a world without borders

The music of Spanish singer and songwriter Carmen París suggests a celebration of a world without borders. Born in Catalonia but raised in Zaragoza, Aragon, París embraced jota Aragonesa, the best-known traditional style from the region. But she didn’t just stay in place. She updated jota and re-energized it by opening it up to the world, drawing elements and instruments from seemingly disparate sources including Cuban music and Indian and Middle Eastern traditions. Parishas proven to be fearless, tangling with jazz (as in her brilliant debut Pa’ Mi Genio 2002, with pianist Chano Dominguez) and big bands (Ejazz con jota, 2013) but also freely mixing jota and ranchera, Castilian folk rhythms and cha cha cha, as she did in albums such as Jotera Lo Serás Tú (2005) or In-Cubando (2008). As for the lyrics in her music, she has not only written her own but also from the folk tradition and the poetry of Pablo Neruda, José Martí and Federico García Lorca.

On her page, París describes “En Sintesis” (Summing Up) the concert she will present in Miami, as “a bouquet of the most significant songs” from her 30-year career. More often than not, fusion in popular music results in unhappy compromises, but in the hands of Carmen París, the whole is greater than the sum of its parts. Call it fusion, jota, jazz or Cuban music, nothing sounds quite like this. 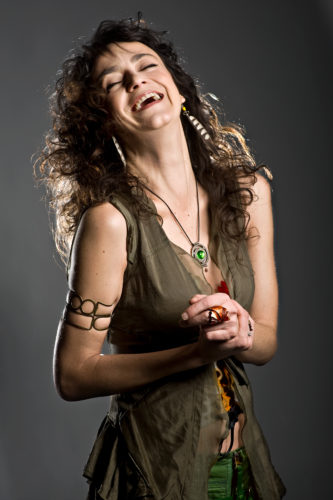