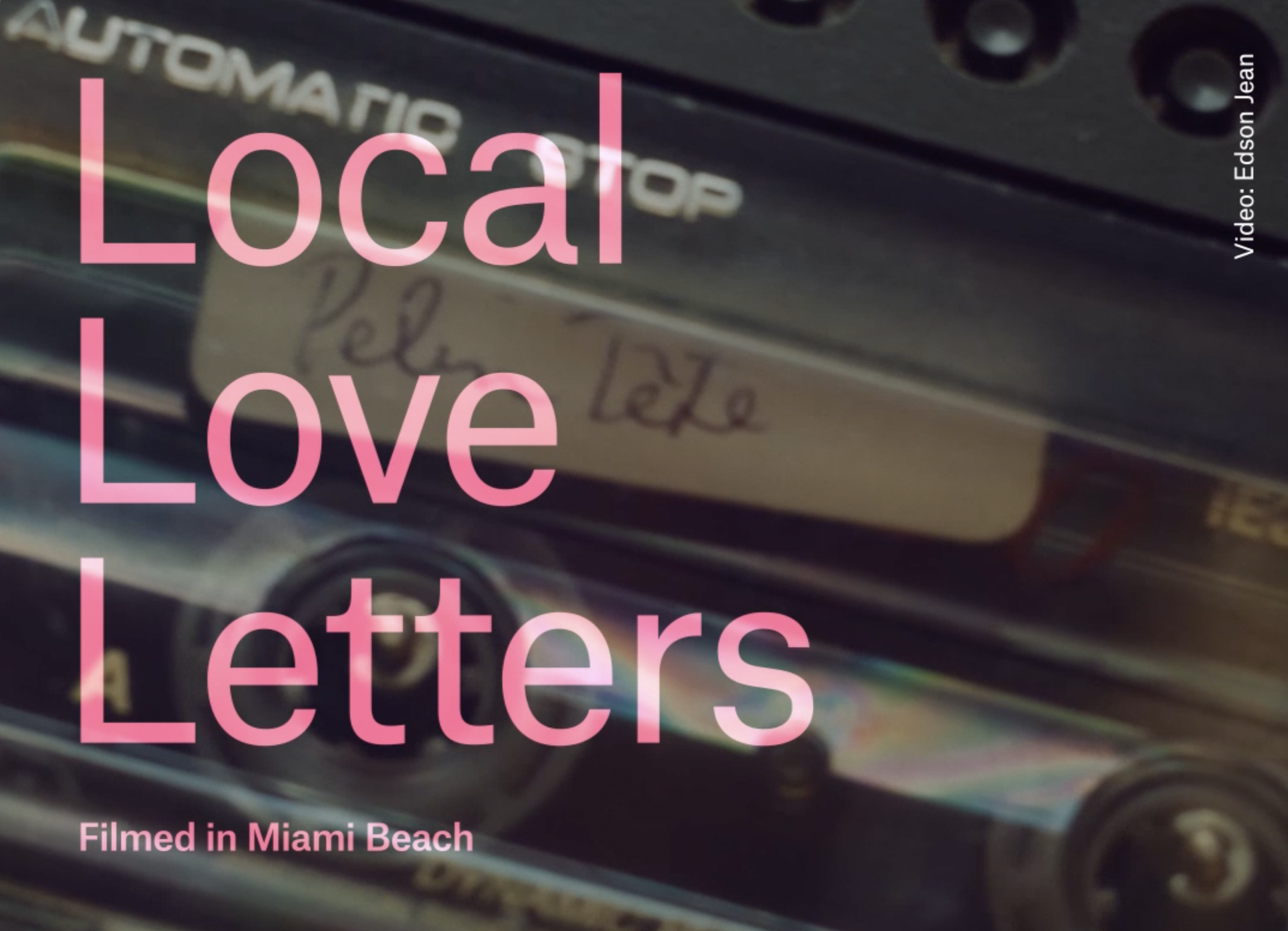 In love with Miami Beach?

Now is the time to tell her how you really feel.

Oolite Arts and the City of Miami Beach have teamed up to place an open call for their “Local Love Letters” film contest.

Miami-based filmmakers will have the opportunity to submit a three to five minute short film idea. A total of 10 winning entries will be selected and each will receive a $5,000 award.

The project, whose deadline for submissions is March 7,  is co-funded by the Lynn and Louis Wolfson II Family Foundation.

Lissette Garcia Arrogante, the Tourism and Culture Director for Miami Beach, noted that the contest follows on the heels of another joint collaboration.

“It’s the second time that we get to have the amazing opportunity to partner with Oolite Arts,” said Garcia Arrogante.

“Oolite Arts is an organization based in [Miami Beach] that has invested in supporting local filmmakers. We’re really excited to partner for a second time in another program that focuses on the love that filmmakers have for our city.”

Due to their earlier success, the length as well as the message of the competition has been expanded. The filmmakers will have up to two months to complete their project.

“We previously [held a short film contest] called “Sustainability in Action” that was offered [last] fall, but that was for a 30 to 60 second PSA on sustainability in Miami Beach,” explained Danielle Bender, Oolite Arts’ Cinematic Arts Manager.

“This is the first open call with a pretty open concept in the submission process, in that the only requirement is that a filmmaker has to pick their favorite spot on Miami Beach and use that as one of the locations in their film. So it’s like a local love letter to Miami Beach with filmmakers choosing the locations that they love the most.”

For those who want to participate but may feel overwhelmed, take heart.

Bender said that the last thing they want is for filmmakers to give up before they’ve begun. “We don’t want it to feel intimidating,” she said. As part of the program, the organizers will lend a helping hand.

“We want to be inclusive and open and answer any questions.” she said.

“I have weekly virtual office hours that people can sign up for and then we also have [an]  info session coming up on March 2nd where filmmakers can learn more.

“ Usually I lay out what the contest is about and then we bring on a filmmaker that’s previously won an open call to talk about the process, how they got the grant, and what it was like to make [the film.]”

The winners, once selected, will be screened at a community event in the summer. The details will be announced at a later time.

Bender pointed out that not only do they want to provide needed funding for filmmakers, but they also want to increase their exposure.

“The goal, first and foremost, is to put dollars in filmmakers’ pockets and let them make creative work,” she said.

“We’re [also] really looking at this as an opportunity to further support and provide career advancing opportunities.

“These filmmakers will get to screen their short films for their peers and the community at this event, and hopefully go on to apply for festivals and submit these short films to play in the broader community. “

Garcia Arrogante hopes that the applicants see the competition as an impetus to seek out further programs offered by the city that can help to achieve their goals. This includes the Miami Beach Film Incentive Grant.

“We have up to $100,000 for qualifying film productions on Miami Beach,” she said. Other programs include funding for research development, providing civil support for projects, and other assistance aimed at those who are interested.

“[We want] the community to know that the city of Miami Beach is supportive of the local film  community.”

However, taking advantage of competitive opportunities like the “Local Love Letters” film contest is the first step.

Bender encourages everyone to participate.

“We want to make this accessible to a broad film community. Anybody can apply for this,” she said. “It’s very simple. We just really want folks to get to make films that they feel passionate about.”