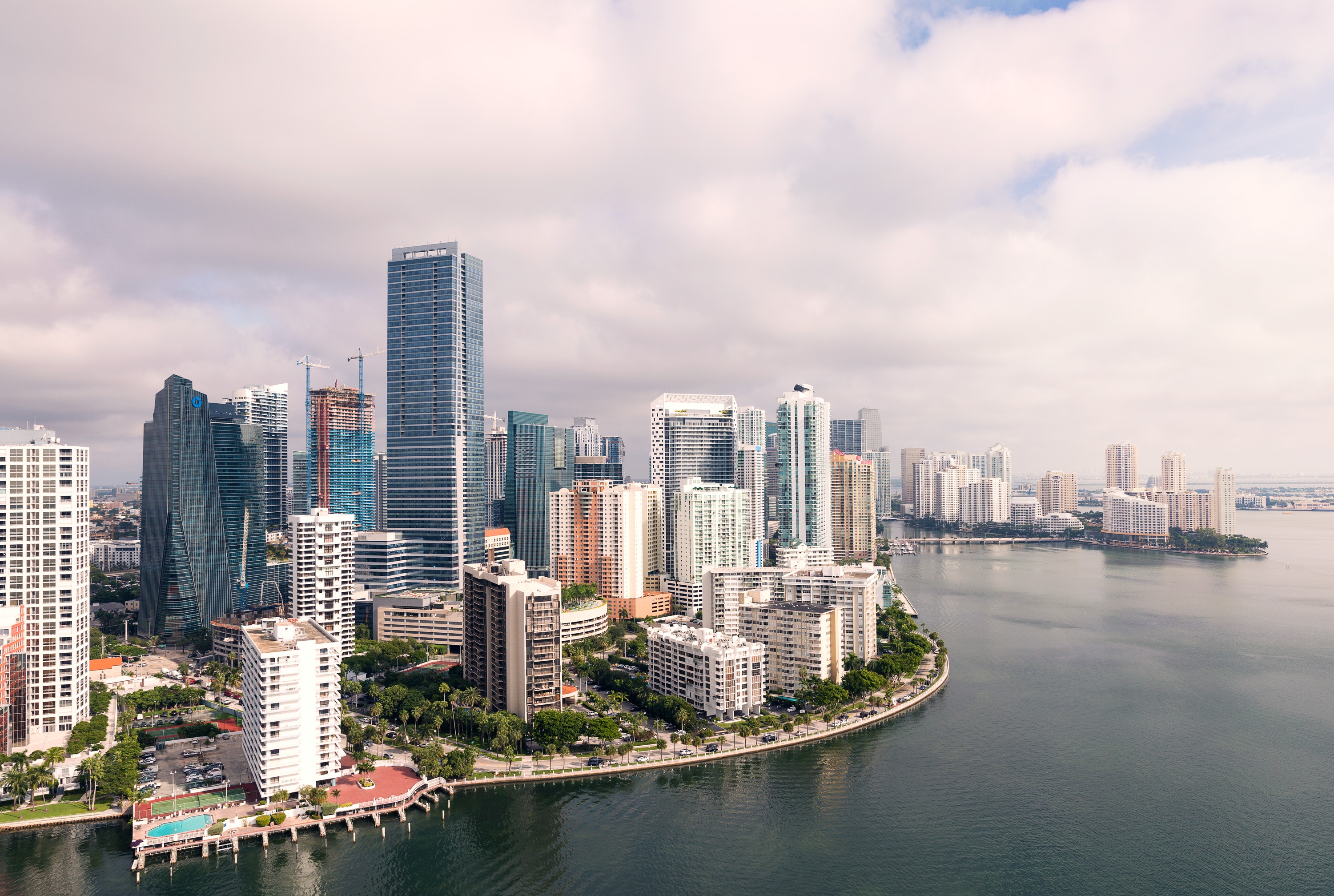 Miami Art Week was the ideal time to host a discussion on The Arts in America and Cultural Policy, an event presented by Americans for the Arts, The Miami-Dade County Department of Cultural Affairs and Miami Emerging Arts Leaders, an initiative of Cultural Affairs.

Arts leaders gathered at the Frost Science Museum as Robert Lynch, President and CEO of Americans for the Arts and Xavier Cortada, Chairman of the Miami-Dade County Cultural Affairs Council, spoke about their missions and visions regarding cultural policy both nationally and locally.

Michael Spring, Senior Advisor to Miami-Dade County Mayor Carlos Gimenez and Director of the Miami-Dade County Department of Cultural Affairs, opened the program with a few remarks which included facts and figures about the economic impact and overall importance of the arts in Miami-Dade County. He then introduced Mr. Lynch, saying “Nancy Pelosi calls Lynch the ‘cultural cannonball’,” resulting in laughter and drawing applause from those in attendance.

Lynch wasted no time and quickly jumped in, saying that the arts are “in an evolutionary place right now” with Americans for the Arts, the organization he heads up, operating on a $155 million budget. That number he said, shows that “the power of local, city and county arts programs is paramount.”

He was quick to applaud the work of Javier Soto, President and CEO of The Miami Foundation, and the work of The Knight Foundation saying, “The (Miami) Foundation ensures there’s transformative arts while Knight brings an artist to every non-arts table.”

Founded in 1960, Americans for the Arts now has 4,000 citizen advocates and 5,000 arts groups. The organization also continues their work to make the arts accessible to people in every state and in turn, create a better America.

They achieve that by keeping their eyes on leaders and leadership, providing storytelling related to the value of the arts nationwide, and providing resources for all in the arts community.

“We like to put arts messages where people go as a tool to impact the arts and arts groups and help their overall cause,” Lynch said. This type of storytelling is just one of their advocacy tools.

They highlight the value of arts through a study done every four years, focused on the $166.3 billion economic impact and 4.6 million jobs the arts create. They also work with Dun & Bradstreet to map out zip codes around America as part of efforts to expand their reach and impact.

As a private sector member of Americans for the Arts, Arts & Business Council of Miami shares this message as part of their mission locally. President & CEO Laura Bruney trumpets the economic impact of the arts here in Miami, with a 1.4-billion-dollar impact annually, as well as begin a strong driver of the Cultural Tourism Industry here. Bruney was in attendance that morning and said, “We are delighted to have Bob Lynch here to speak about the impact of the arts on jobs and business. One of our key statements at the Arts & Business Council is ‘The arts mean business’. Bob Lynch and Americans for the Arts are powerful advocates for the arts nationally, and we’re thrilled to have them here today.”

Tools on Americans for the Arts’ website, such as their arts and social impact explorer, a statement on cultural equity and their public opinion poll, are vital to their advocacy role as is their annual report card on all Congressional leaders, based on their involvement in the arts.

The organization’s latest initiative is the Americans for the Arts Action Fund with 400,000 citizen advocates, which focuses on professionals, opinion leaders and patrons. They’re also working on appropriations, tax reform, arts education and helping artists via a new bill in Congress.

“We are paying more attention to local based civic/citizen advocacy because there is a big future in citizen arts administrators,” Lynch said. “We never give up because every year is a new legislature.”

Especially encouraging is the 16% increase in business arts giving and a boom in public art. They also continue scouring the country for businesses that deserve to be nominated for the BCA 10 Awards, and they work to fighting back on the tax code issue with the hope to achieve universal deductions for all organizations.

Xavier Cortada, recently named to the post of Chairman of the Cultural Affairs Council, followed Lynch’s message by urging all arts groups present to be relevant and raise their voices to policy leaders.

As an artist whose work is mainly focused on climate change, Cortada urged the groups to “incorporate a message of sea level rise into their programming and prepare their audiences for it.”

He also will be asking local commissioners as well as legislators in Tallahassee, where the arts budget was cut by 90% last year, for $2.5 million to be placed into the arts budget. “It is essential that at the state level, culture is valued,” Cortada said. “Cultural leaders are not a ‘subset’ of leaders, they are leaders building Miami.”

It’s a sure bet that everyone in attendance that morning walked away with a clear understanding of the important work Americans for the Arts is doing on their behalf. And from Cortada, a message to unite them all with a common goal.

To learn more about Americans for the Arts, visit the website americansforthearts.org. For information on how you can get more engaged in the arts locally, visit artsbizmiami.org