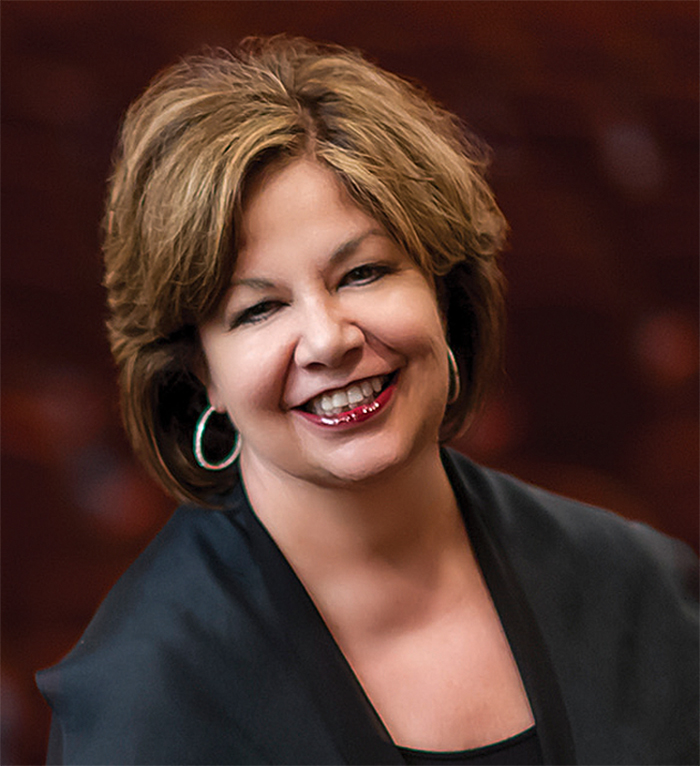 Taking the helm at Florida Grand Opera in October 2012, Susan T. Danis’s first seven years have included producing internationally acclaimed opera, increasing the focus of the presentation of 20th and 21st century work, launching the Made for Miami Series and developing award-winning education and outreach programs. One of those programs is working with children who are victims of human trafficking and sexual exploitation

If that wasn’t enough, Danis also expanded the size of the Studio Artist Program by 30% and secured a $6.8 million gift in 2016, the largest in the Opera’s history. The latter should come as no surprise given her track record during her 12-years serving as Executive Director of Sarasota Opera.

In Sarasota she raised $47 million (including legacy gifts) and completed a $20 million renovation of the opera’s 1926 historic theater.  That renovation won her the Florida Trust for Historic Preservations Award for Outstanding Achievement in Restoration/Rehabilitation.  Prior to Sarasota Opera, she served as General Director of the Lake George Opera Festival (now Opera Saratoga) for eight years.

In January 2012, she was appointed to the South Florida affiliate’s board of directors for Fifth Third Bank.  She has served as a panelist for the National Endowment for the Arts, and the Florida Division of Cultural Affairs.  She also served a six-year term as a member of the Board of Trustees of OPERA America, where she was treasurer for three years. Danis holds a Master of Business Administration degree from the University of Hartford’s Paris Program and a Bachelor of Science degree from Indiana University.

The busy arts executive recently took time to let Artburst in on her career path, current and future projects and what she finds exciting about life in the arts in Miami.

Artburst: Tell us about your path to becoming General Director and CEO of Florida Grand Opera.

Danis: I have lead opera companies for many years.  I first experienced opera in the third grade as part of an art in education program.  That experience had a lasting impact on me and influenced the direction of my career. My first career instinct was that I would be some corporate titan, I did not start out thinking I would be the general director of an opera company.  Leading an arts organization — opera in particular — is the perfect mix of my passion for opera and my business acumen.

Danis: For me a vibrant community is created when diversity, excitement, and intellectually challenging opportunities collide. This is what art does. Whether performing or visual, art stretches us, with different works speaking to different people.  In all its forms, it is an exciting exploration of the senses and the soul.

Danis: It’s ever changing nature. The skyline, the people, the food, the traffic; it always changes and that is exciting.

Artburst: What is something exciting you are currently working on?

Danis: The fourth opera of our season, Il Matrimonio Segreto or The Secret Marriage.  This is an opera that premiered more than 200 years ago, yet it is still relevant to South Florida.  I was in a hair salon, watching a group of women preparing for a wedding.  As the bridesmaids were having their hair and makeup done, I watched the bride melt down as she realized her sister and others looked better than she did. It erupted into tears, accusation, and a lot of passion and it reminded me of Matrimonio. I set to work on creating this production and making it part of the Made for Miami Series, setting the opera in 1980’s Miami featuring a Cuban American family. I selected Crystal Manich, a Puerto Rican-American as stage director and she quickly took to the idea.  I assembled a “posse” of Cuban-American women for Crystal, who experienced the 80’s in Miami to work with Crystal and consult. They ranged in age from 30 to 70, giving Crystal a unique perspective.

Crystal and Scenic Designer Lindsay Fuori, then worked on creating the “place” for the opera while Argentinian-American designer Dario Almarion did the costume design. Dario was the perfect person to bring 1980’s Miami to life. The production is being presented at the Miami-Dade County Auditorium and to make it as relevant as possible for the Miami audience, I commissioned a Spanish translation of the opera. This is no easy feat as the translator not only has to know both languages (Italian and Spanish); they also need to know how to write for the voice.  At FGO we are all very proud of this Made for Miami opera.

Danis: On the most basic level performances, exhibitions and museums, provide a place for us to experience art with others.  Although we are all “connected” 24/7, many people do not interact with others on a regular basis. Regardless, we are social beings and we do all crave communal activity.  Why not do this at a performance where you can experience the transformative power of the arts and fill your soul.