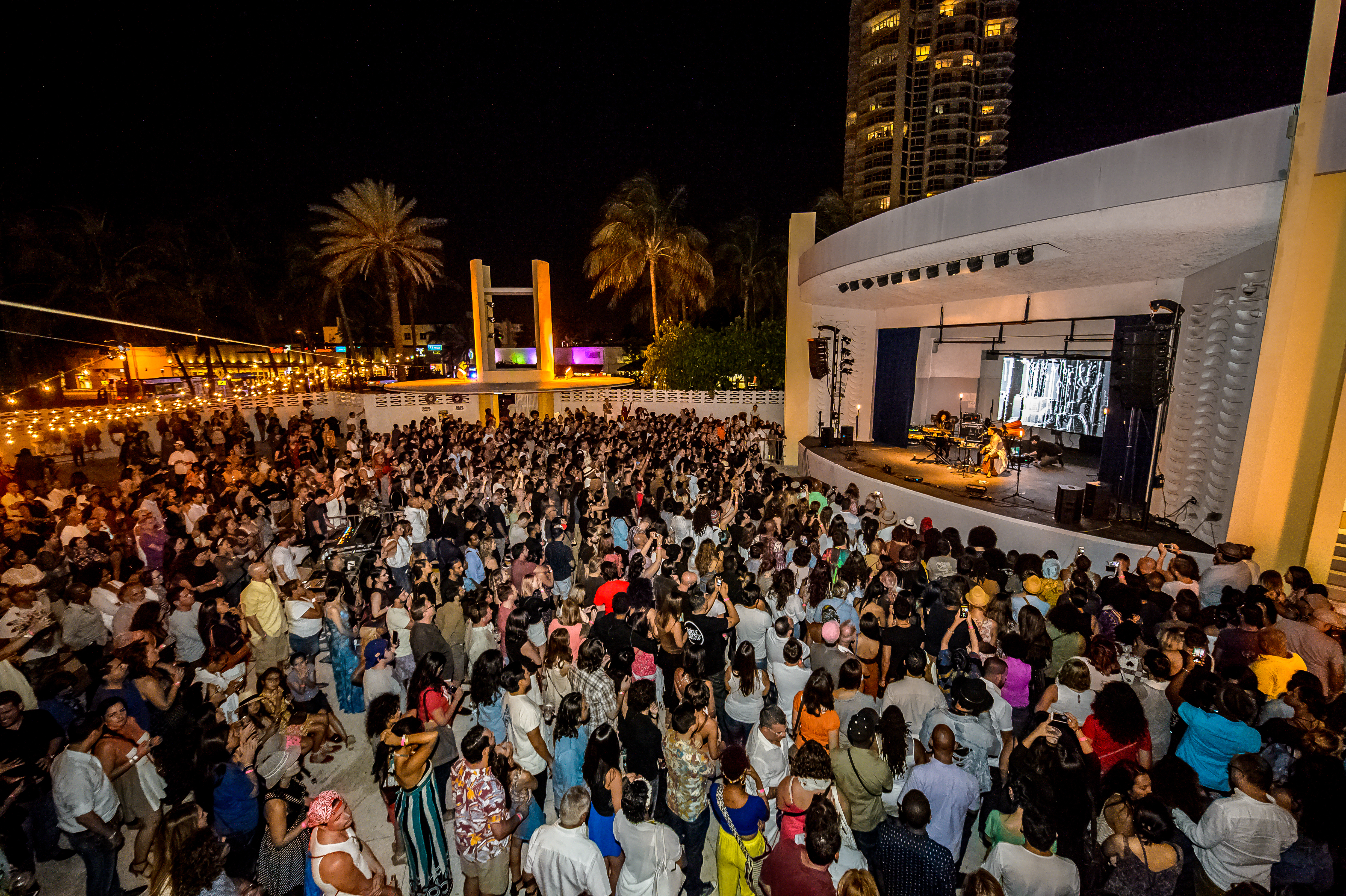 Before arriving in Miami Beach in 1986, James Quinlan was a New York City- based booking agent, producing tours for groundbreaking international music artists of the 1980’s from Brazil, Africa, the Caribbean and US. He brought his expertise here where he founded The Rhythm Foundation, a non-profit concert presenting organization of which he is also Board Chairman.

Through the Rhythm Foundation he has managed all programming at the North Beach Bandshell since 2015 and, has produced concerts at venues throughout Miami including Bayfront Park Amphitheater and Fillmore Miami Beach at the Jackie Gleason Theater. His economic development productions for municipalities have included City of Doral “Ritmo Doral,” City of Miami “Big Night in Little Haiti” and “Dwtwn Concert Series,” City of Hollywood “Arts Park Experience,” City of Boca Raton “Boca Brazilian Beat” and City of Miami Beach “Lincoln Road Twilight Jazz.”

James also established and managed the Office of Arts, Culture and Entertainment for the City of Miami Beach from 1995-2002. His work unified the administration Special Events Division, Film and Print Division, the Art in Public Places Committee and created the Cultural Arts Council. James was also part of the recruitment team that brought the first Art Basel Miami Beach to the Convention Center.

His voluntary board positions have included Miami Shores Fine Arts Commission, City of Miami Fine Arts Board and Association of Independent Commercial Producers (AICP). He has a degree in Arts Management from Eastern Michigan University.

Artburst: Tell us about your path to founding The Rhythm Foundation?

Quinlan: During my work in the early 80’s in New York I set up pioneering tours for artists such as Fela Kuti, Gilberto Gil and Burning Spear. A producer I met in Cartagena Colombia invited me to join him in Miami Beach to restore and program the Cameo Theater as a concert venue. I visited the city and was taken by the potential of this American tropical city and the exciting people building a scene, so I took the chance and moved here in 1986.

We did a historic renovation of the facade, built a stage and installed sound and lights. Beginning in 1987 we programmed a wild mix of punk, jazz, metal, disco, poetry, and film and my special interest, world music. After two years the potential for international music in Miami was clear and I committed to developing this market through the formation of the non-profit organization The Rhythm Foundation. Our first official concert was in August 1988 with a sold out Milton Nascimento performance at the Gusman Theater. The path was set by opening up specific cultures and traditions to the broader Miami public.

Quinlan: For me, a vibrant community occurs in real time when diverse people join together to enjoy a shared live music experience.

Quinlan: We’ve got some fantastic programs lined up for 2019 and are in the planning stages to launch a major cultural tourism initiative for North Beach in the summer of 2020.

Quinlan: The Rhythm Foundation mission statement says it all: “To increase international understanding through the presentation of live music.”

Visit The Rhythm Foundation website to learn about upcoming events and performances http://www.rhythmfoundation.com/