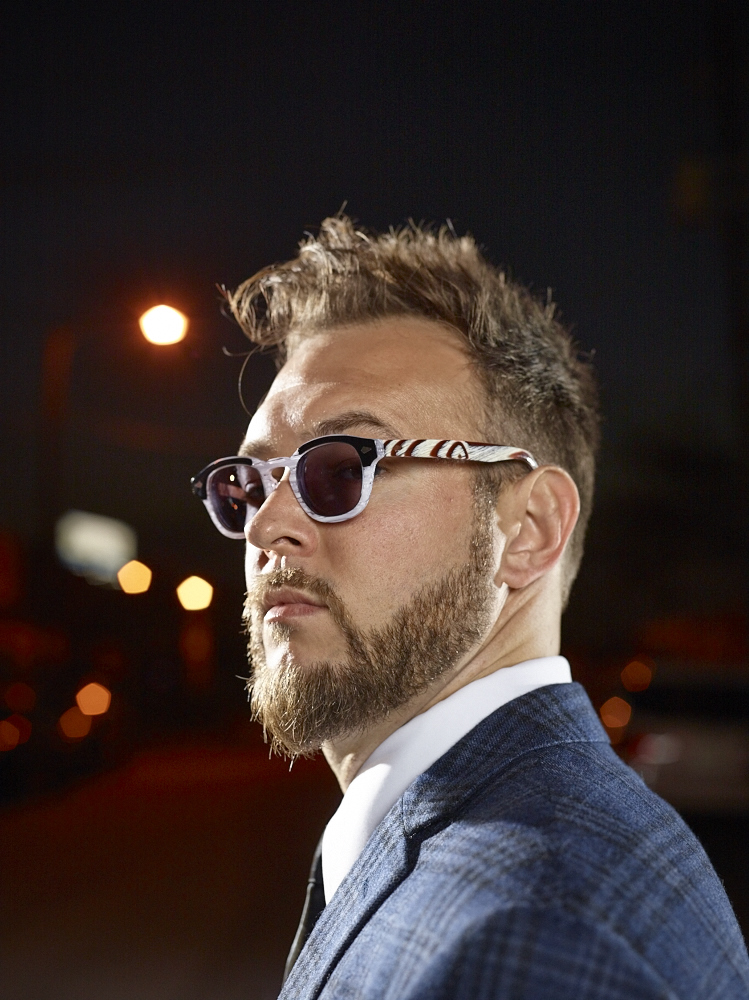 As a dedicated, passionate musician, Chad Bernstein puts his heart and soul into his trombone, playing with local bands Spam All-Stars and Suenalo. Little did he know his work with Suenalo would be the inspiration for his next career venture, Guitars Over Guns, which he founded in 2008.

Through Guitars Over Guns Chad has reached Miami and Chicago’s most disenfranchised youth. Chad received a PhD in Music from the University of Miami in 2012, turning the focus of his academic studies to Guitars Over Guns in his dissertation, “The Effectiveness of Music Mentoring for At-Risk Youth Through the GOGO Program” (published in 2012). This paved the way for GOGO’s research-based methodology and set the stage for Chad to take Guitars Over Guns on as a full-time career upon graduating. In April of 2015, Chad was honored as a CNN Hero for his work and has since been featured on the Steve Harvey Show and in People Magazine. Chad has worked with Pitbull, Shakira, will.i.am, Natalie Cole, Chaka Kahn, John Legend, Phil Ramone and many more. He has served as a Governor on the board of the Recording Academy (GRAMMYs) and works with James Brown’s long-time musical director, Pee Wee Ellis, and Latin pop star, Jencarlos Canela.

Bernstein recently spoke to Artburst Miami about his Guitars Over Guns and his work as a musician in Miami.

Artburst: Tell us your path to becoming founder of Guitars Over Guns.

Bernstein: I was playing with Suenalo and a friend of ours asked us to visit a juvenile detention center and speak to the kids about career choices and paths in music, then we started playing and the mood in the room changed. Once our rapper started rapping, the detainees did a shout out in the middle and it ultimately became a song we produced. This helped break the ice and open them up.

During this process, my Dad and I co-founded Guitars Over Guns. We found partners in Community in Schools, the University of Miami and the McDermott Will and Emery law firm. Once the kids got involved in GOGO, 96% improved their GPA, attendance and behavior and suspensions dropped. A few years later we got our first grant from the [Miami-Dade County] Department of Cultural Affairs.

We started as a grassroots organization, then four years ago I went to a Children’s Trust Solicitation Review and realized we weren’t eligible. A few years passed and we’d added schools to our program, wrote a solid proposal and built our programming to be reflective of the needs that were necessary for our kids. We were a part of the Children’s Trust Community Based Organization program and right after that won the grant from Social Ventures Program. These all helped me grow as a leader. That whole evolution left us with a $1.5 million grant from the Children’s Trust. We now serve 825 kids a year, work with 70 musicians and have a staff of six. 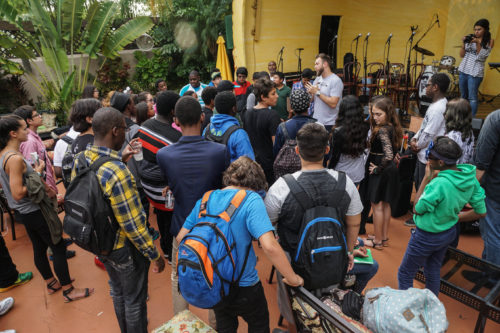 Chad Bernstein with kids from Guitars Over Guns. Photo by A Salter

Bernstein: It’s a reflection of a place where people see themselves represented and feel they’re the authors of that space, tell their story, share their culture and celebrate who they are freely. The arts are both the best representation of that and the embodiment of what that spirit and culture is. Music has always been a blank canvas for those to speak up, particularly if the table doesn’t have space for them.

People are able to unload, at least in moments, through music, and it’s one of the most sacred things we have. Sometimes those opportunities to escape and be immersed in it is what helps many of us get through the day.

Bernstein: The city itself is fairly young so I feel we’re kind of writing the history of the city at a time when it’s very foundational. Miami’s an incredible place with leaders that are innovative and solving problems that the rest of the country is going to be facing in the future. In terms of diversity and environmentally, we’re tapped to use that diversity as our greatest asset. I think music plays an incredible role in breaking down those barriers and it’s a very exciting time with people that are taking ownership of the city in a beautiful way.

Bernstein: A partnership with Teach for America through the Music Access Fellowship which is incubated by Radical Partners, an initiative founded by philanthropist Dan Lewis. The mission is to provide every child in Miami-Dade access to a quality music education. We’re working to build a pipeline of engaging arts education leadership and pilot that in four new schools with GOGO where 80-100 students will benefit from this and become part of a larger initiative.

Bernstein: By being more intentional and experiencing the arts in a gallery or at a concert. The traditional music world is not as representative of our community where we have innovation in music that’s bringing people together across the divide. During a performance, I look out at the audience and I see the most diverse crowd and as artists we have to take the opportunity to engage that audience and recognize the power of music. We have so much more in common than what makes us different. In a world that feels so divided there’s power in leaning into that solidarity.

Coming up at the end of the month the Guitars Over Guns Miami Student Showcase on April 30, click here for more info.