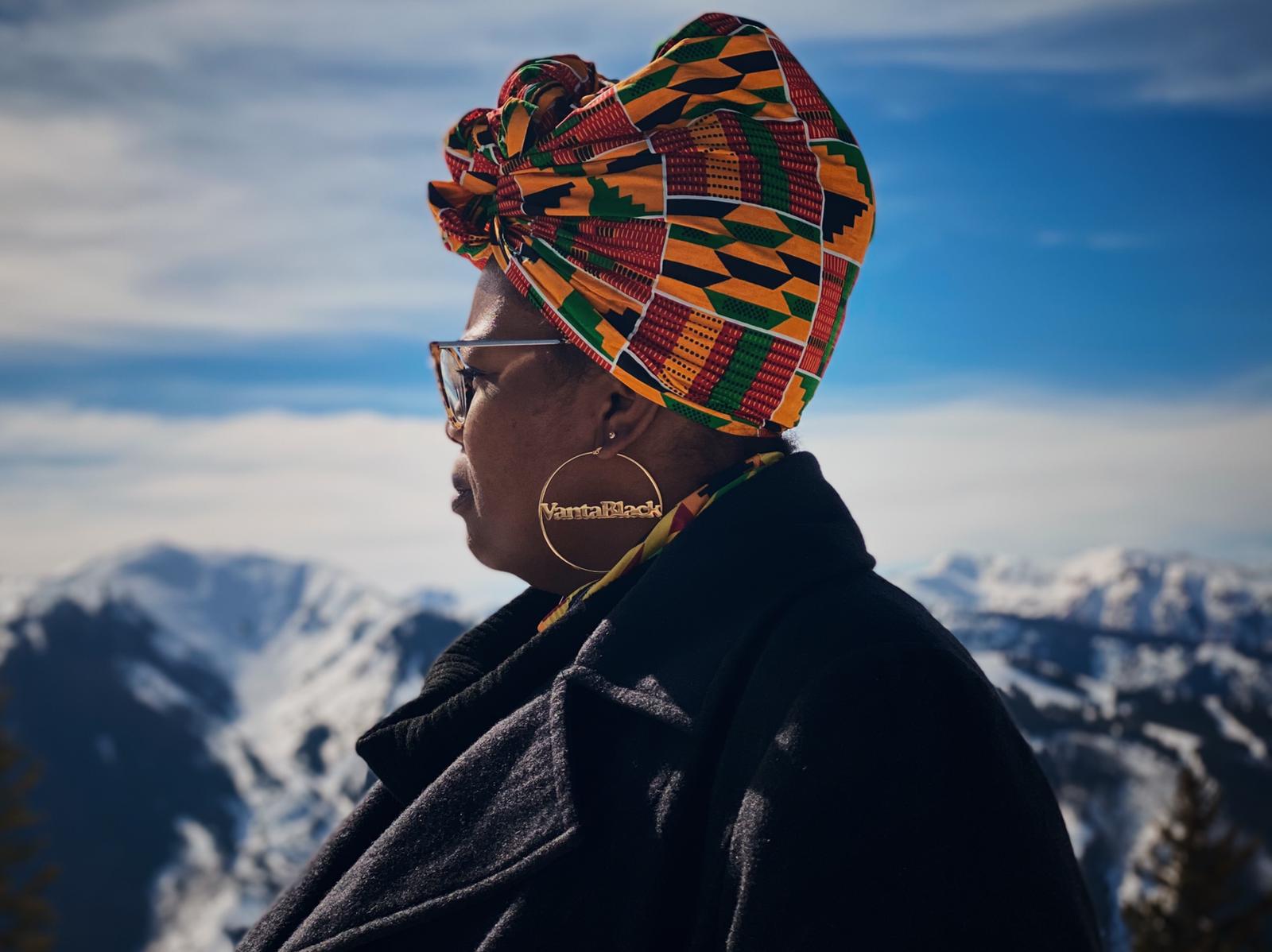 Her given name is Chire Regans but she goes by VantaBlack because it perfectly describes her life and mission as an artist.

When asked why ‘VantaBlack,’ she explains: “VantaBlack is a substance used in telescopes to filter out the light and so when things happened that were all about black people and the black movement, people started saying ‘VantaBlack’ and because my blackness drives everything I do, it was perfect.”

Before she could officially use the name however, she reached out to the company that owns the patent to the name VantaBlack. She discovered that another artist, British-Indian sculptor Anish Kapoor, had bought the rights to use the substance in his art and as such owned the rights to the name.

“I started using the name and one of the creators of VantaBlack, Ben Jensen, started following me on Instagram and immediately recognized the name. I was a bit worried but now we’re friends and he supports the use of the name and he even invited me to visit their lab when I go to the United Kingdom,” she said. The invitation came at the height of the pandemic. 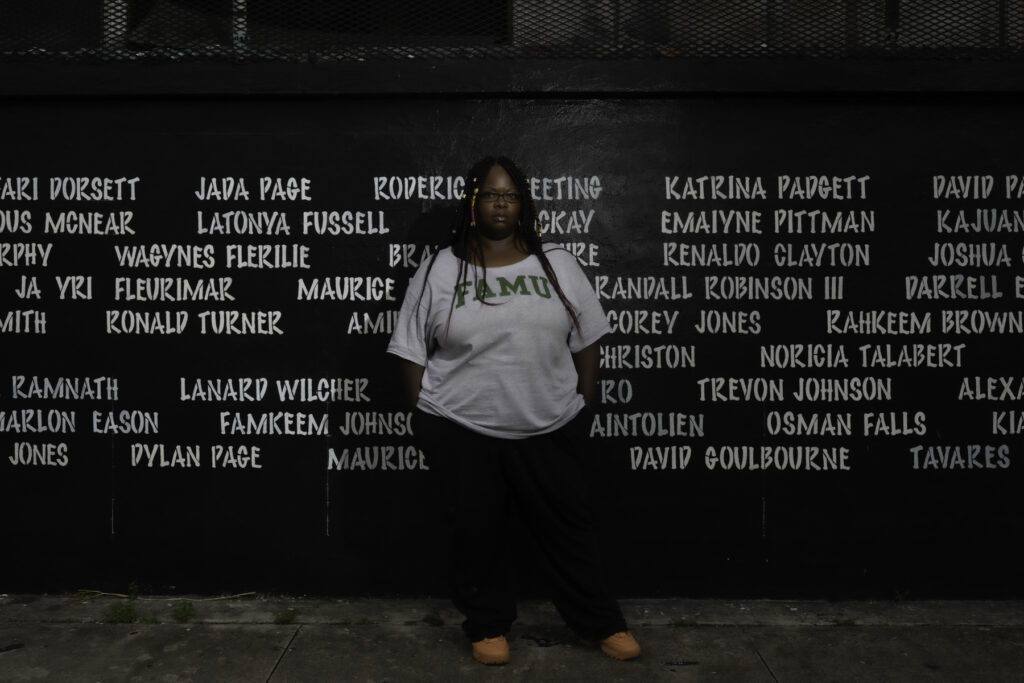 As a visual artist, adjudicator with YoungArts for two years and now their Education, Outreach and Recruitment Coordinator, VantaBlack has considered herself an artist from birth.

“I was born an artist, it’s all I’ve ever wanted to do and I’m very, very good at it,” she said. She credits her fourth grade teacher Ms. Pinkham for nurturing her talent and guiding both her and her mother on her artistic journey.

VantaBlack reconnected with Ms. Pinkham years later as an adult while working as a cashier at Utrecht, the art supply store. “While ringing her up I asked her name for the rewards card and when I heard it, I stopped in my tracks,” said VantaBlack. “I immediately asked her if she was a teacher at Sunset Elementary. When I realized it was her I just lost it, was awestruck and speechless.”

She also credits her Florida A&M University (FAMU) ceramics teacher Ms. Tucker as influential in her realizing the reason for her affinity to art. 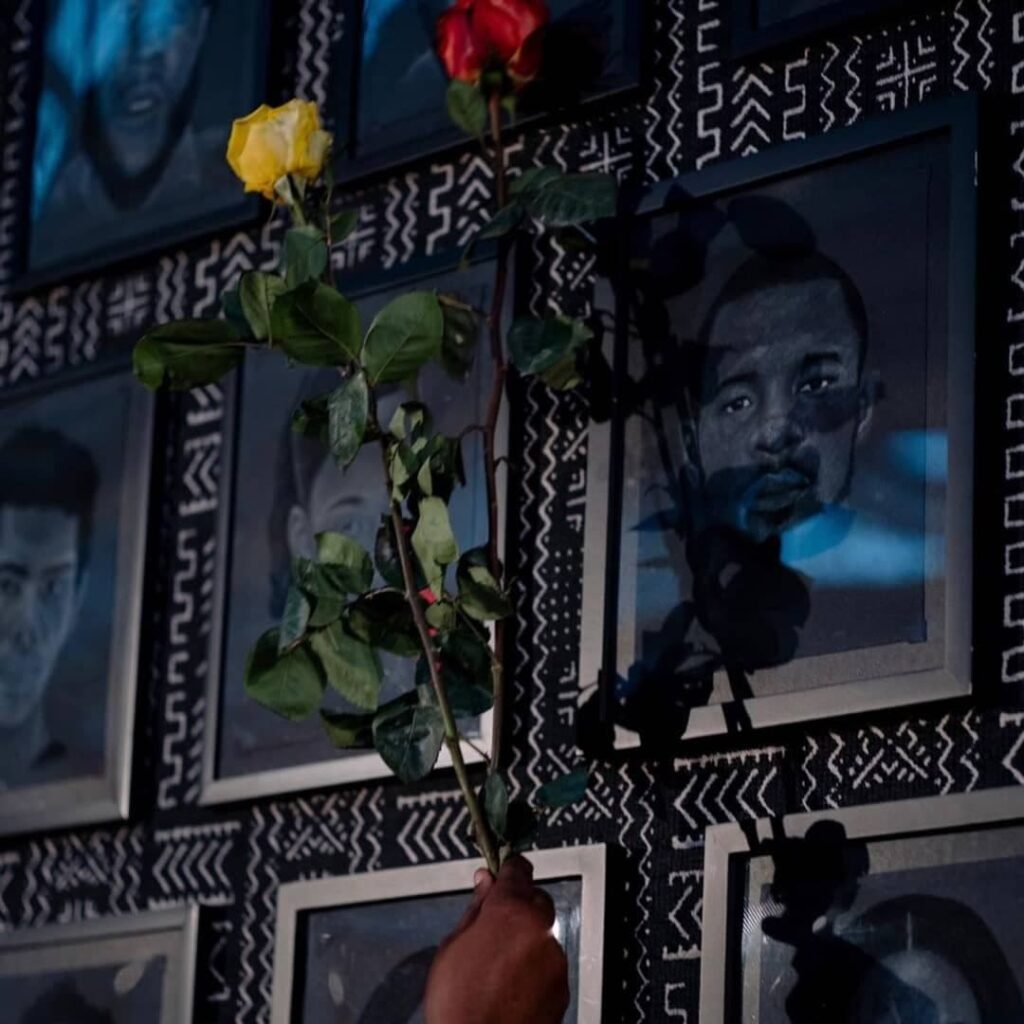 “I have other bodies of work that I feel are continuing and evolving but I’ve always been motivated by something I wanted to say,” she said, evident in her portraits project at the Bakehouse Art Complex. Titled Say Their Names: A Public Art Memorial Project, the large-scale mural project recognizes more than 250 victims of gun, police, domestic and gender violence as well as hate crimes. It features hand-drawn monochrome portraits of those victims and is an ongoing project.

VantaBlack’s public art is also on display outside the City of Miami Mayor’s Office, a work commissioned by Mayor Francis Suarez himself. It consists of portraits of 12 victims of gun violence in the City of Miami.

“Mayor Suarez attended a panel discussion I was part of at a church in Liberty City, where my artwork also happened to be on display,” she said. “I chose from a few select small works at the church to be on display outside his office at City Hall so that he could engage in the topic of gun violence with anyone visiting him.”

She has also exhibited at Hollywood Arts & Culture, created a permanent work for an elderly facility as well as exhibited at pop ups throughout the city and collaborated with “Faces Not Forgotten” an art initiative of painted portraits of children lost to gun violence, displayed as a quilt on the wall. VantaBlack created a similar quilt for the state of Florida.

“There are 50 pieces, one for each state and eventually they want to display all the quilts in Washington DC,” she said.

When asked how her artwork is received by the public and how she hopes it will inspire them, she shares the story of a mother who found her on social media. 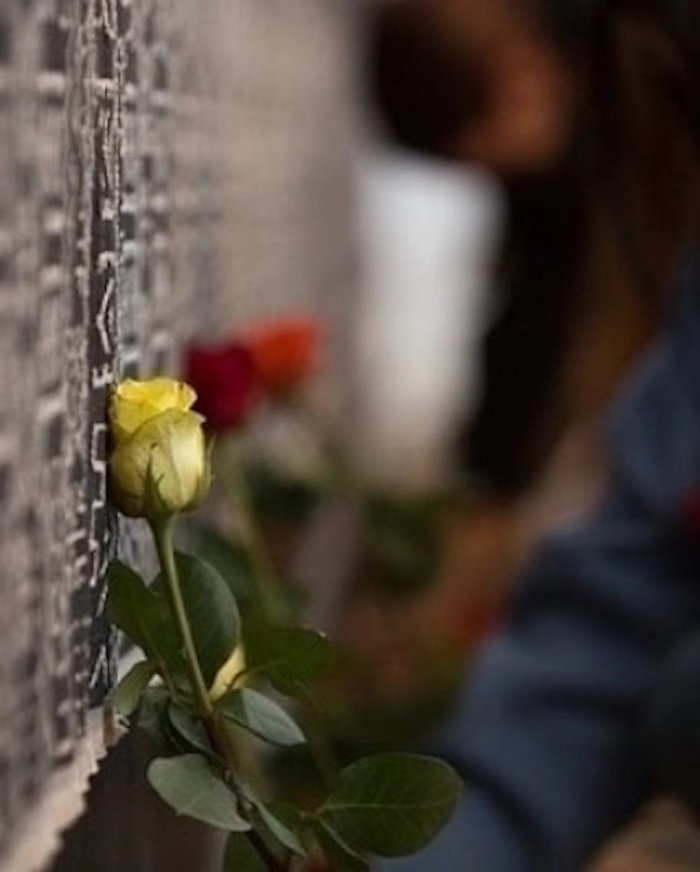 “Early in the series I was using social media to talk about each individual memorialized in my portraits,” she said. It was during that time she connected with a mother who had lost her son to gun violence and, in her time of suffering, developed a substance abuse problem.

It was VantaBlack’s inspirational work, rooted in social justice for victims of gun violence that helped the mother out of her dark days and into a world of social activism.

“She credits me for her work in the community and I credit her. I’m just a conduit, I just make the work. I’ve been able to watch her over the years and we still keep in touch to this day,” she said.

Currently VantaBlack is as busy as ever, working on proposals for public art and received a stipend for her proposed project about the matriarchs in her family and also her daughter, the individuals she says are responsible for her being here.

She was the recipient of the 2020 Oolite Arts’ Ellies Award for Social Justice; CLICK HERE to read about the award. VantaBlack was also a commissioned artist in Commissioner’s Season 3.