“Art on the Plaza” Launches its Second Season at MOCA 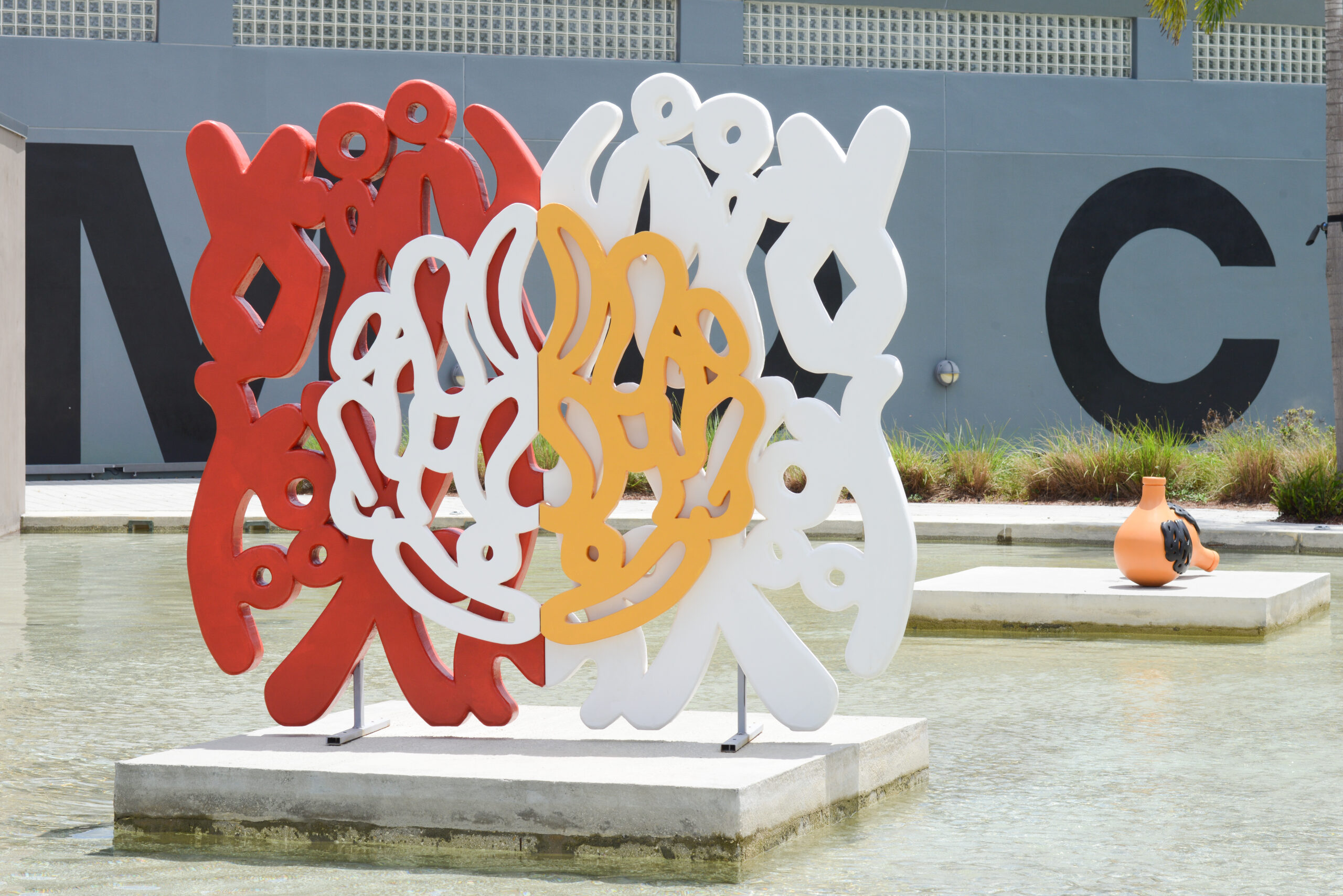 Art lovers, keep an eye out on Museum of Contemporary Art, North Miami‘s public plaza. MOCA has announced its second season of temporary installations which will be available through early next year.

Located at 770 NE 125th Street, the museum is featuring artwork through Art on the Plaza, a program that will incorporate elements of the building’s facade, the fountain, surrounding grounds and landscape as well as the use of freestanding installations.

Adeze Wilford, MOCA’s curator said that it will be available for everyone to enjoy. “It’s outside for the public to view,” said Wilford. “[This is] another moment of artwork for people to see as they’re driving down 125th street or walking to City Hall…”

The artists were selected from a group of over 75 applicants who responded to an open call by the museum. Launching the series is “Her Touch Smooths Rough Waters,” a piece by Miami-based multimedia artist Onajide Shabaka. Currently on display through July 22, the work is easily recognizable and sits front and center within the waters of the museum’s fountain. The labyrinthine tri-colored piece is inspired by botanical root systems found within Amazon forests in Suriname, as well as coastal environments in Georgia and Florida.

Located on a nearby plinth are two vessels, one upright, the other on its side, which are in communion with each other as well as the larger adjacent structure.

Shabaka said that he is grateful to be part of Art on the Plaza. “I haven’t had many opportunities to showcase my work in its full capacity,” he notes.

Shabaka hopes that the piece will inspire those who pass by to take a moment to examine its message. “I try to invoke a narrative. I tell stories with my work. It’s something for people to look at and to ponder over.”

Wilford, who recently joined MOCA as its curator in February, said that the initial showing with Shabaka is fitting for an artist who has made an ongoing impact.

“It was really lovely as a first project to get to work with an artist that is such a fixture in the South Florida art community,” she said.

“He has such a really vast practice and has so many different things that he’s been thinking about over the course of his long career, so it’s really nice to be able to pull out something new and something different that we can look at and explore…”

Wilford is also looking forward to the full lineup of artists.

“I’m really excited to be able to work with people who are working with a range of topics and mediums. It’s always exciting to be able to highlight more than one type of art.”

Autumn Casey’s “Clint and April” will follow Shabaka’s installation. The piece will be shown from July 29 through October 7 and features two swans, known for their propensity to mate for life, and is a celebration of love, fidelity and devotion.

Its unveiling will coincide with a free performance for the museum’s Jazz at MOCA concert. Public programming, like the concert, will run throughout the rest of the year and will highlight Art on the Plaza, said Wilford. Further details will be announced once scheduling has been finalized.

VantaBlack’s “To What Lengths,” is rounding out the remaining portion of the year and it will be on view starting October 14. The piece, which pays homage to black cultures and traditions, will include five palm trees on the MOCA Plaza. The trees will be decorated with braids, beads, artificial sunflowers, gardenias and metal and will be fashioned in styles reminiscent of women in VantaBlack’s family. Viewers, who are encouraged to sit on cushions at the base of each tree, will be able to fully interact with the piece through January 20.*

With its extended schedule, Wilford hopes that the public will take full advantage and view Art on the Plaza.
“We wanted to make sure that people have an opportunity to see it,” she said. “Everyone is so busy all the time and sometimes really great artworks and art products and introductions are out for a short amount of time. We really wanted to make sure that these artists had a moment to really have a good length of time to be on view.”