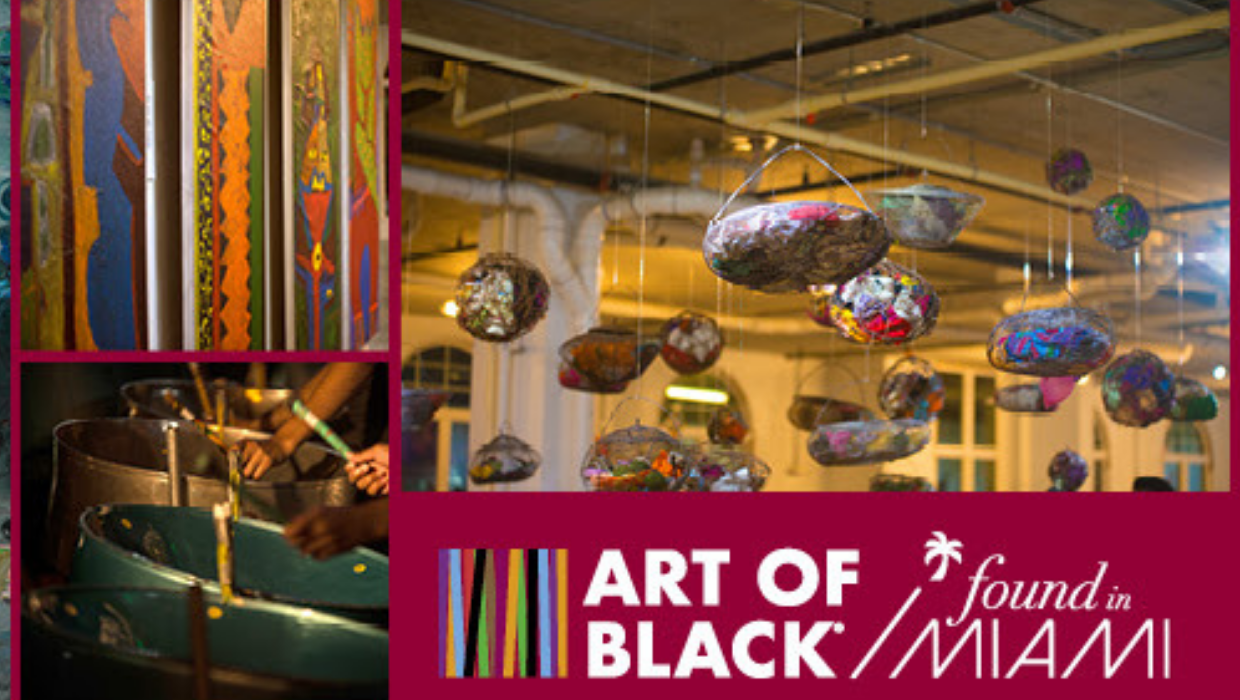 June being Caribbean Heritage Month, it’s only appropriate that Greater Miami Convention & Visitors Bureau’s Art of Black Miami would host the Creative Conversation focusing on the African roots of culture in the Caribbean, linking the diasporic communities.

“Adaptive Identities in Current Times of Change: Linking Diasporic Communities” was hosted at the Miami-Dade College Koubek Center, located in Little Havana on a tropical summer night in June. 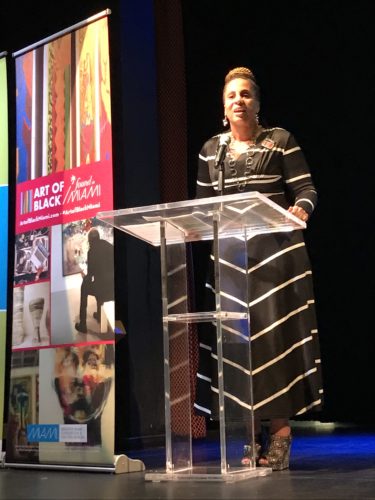 The audience was welcomed by Connie Kinnard, Vice President for Multicultural Tourism Development for the Greater Miami Convention and Visitors Bureau. Moderating the evening’s conversation was Rosie Gordon-Wallace, founder and curator of the Diaspora Vibe Cultural Arts Incubator, whose work over the last several decades championing the Diasporic culture makes her the ideal person to curate the talk.

After introducing speakers Hilary Jones and Patricia J. Saunders, Gordon-Wallace kicked off the evening saying, “art can function as a tool for collaboration.” She also promised a little “magic” later in the evening.

Currently working on her second book manuscript “From Senegambia to the French Antilles: West Africa and the Making of the French Atlantic World,” Hilary focused her talk on her extensive research and findings on the subject over the last decade. It began with a photo of a statue Mel Edwards created in 2010 that now sits on the waterfront in Senegal as an example “of the connection to history of colonial conquest and Africans and Europeans coming in contact in this space.” Her presentation took the audience on a journey through connections between families in Cuba and Africa, the struggles between colonial oppression and the realization that people who inhabited the coastal regions “weren’t passive victims, they became creolized on their own terms.”

Dr. Jones went on to explain that in the 1700’s, the area saw the expansion of Islam further along the coast, but then from the 1850’s to 1870’s the French moved in for colonial conquest. According to Dr. Jones chronicles of the cultural changes in the region, by the 1890’s, the French had expanded into the French Caribbean with the largest territorial control by the French in place by 1900. She connected the historical accounts to “a common understanding of the way people produce music and popular culture in their everyday expressions.”

Saunders is an Associate professor of English at the University of Miami where she is Co-Editor of Anthurium: A Caribbean Studies Journal and author of several books. She is currently working on a book looking at cultural gentrification in both Miami and her native Washington, DC. Her prime examples of gentrification included an exclusive look at a video from Jamaican singer Buju Banton, whose first recording upon his release from prison dealt with gentrification and government corruption in his native country. She also delved into the issue of gentrification in a particular Washington, DC neighborhood she knows well. There, the culture of Gogo music (a staple of the area), is slowly disappearing as new luxury condominiums are popping up and changing the socioeconomic and cultural landscape of the region.

“New residents are moving into those condos and complaining about the Gogo music and it’s affecting our culture,” said Saunders. “A broadcast on CNN even showcased a concert/protest where long-time residents flooded the corner known as 14th & U,” where the Gogo movement was first developed but is now being erased.

She went on to say that we need to “have economic progress be part of cultural progress. Physical spaces are an extension of cultural space.” As an example of cultural and social equity working in harmony, she used Panther Coffee in Little Haiti, where their small gestures are making an impact on the area’s residents. “I go there for coffee and spend time working and have seen the staff allow the local kids use of the telephone, bathroom, even to get some water. They’re small gestures but they are part of becoming the fabric of the community,” she said. 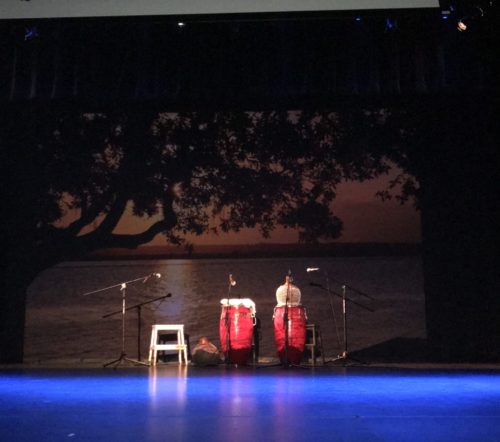 After the presentations, Rosie Gordon Wallace kept her promise to the crowd and transformed the Koubek Center’s theater into a magical and mystical island shore, replete with setting sun and a tree-lined shore. The performance featured IFE ILE percussionists, vocalist, and dancers: traditional Afro-Cuban dance was performed, with live drums and the ancient call of rhythmic chants. A woman draped in vibrant yellow took the stage, spinning and sauntering to the rhythms of the drums, followed by a lean and powerful man dressed in white who leapt across the stage, landing loudly on bare feet while puffing his cheeks and staring into the audience, who were all mesmerized and moved by the performances. 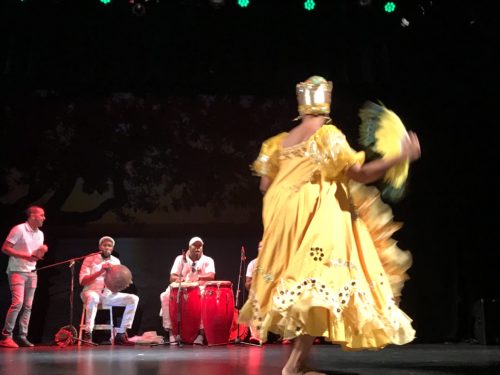 Closing out the evening was a conversation with Neri Torres, who created IFE ILE to preserve these important links to the African roots of Afro-Cuban culture. Through education and performance, Torres is ensuring the future of West African traditions that traveled across the Atlantic and throughout the Americas and Caribbean, as they melded into the various other cultures they encountered, creating diverse, unique diasporas.

The evening ended too soon, with so many questions left unanswered. The Art of Black Miami closed the event with a promise from Petra Brennan, the Bureau’s Director of Tourism Business Enhancement: there will be more Creative Conversations and more opportunities to build community and preserve our heritage and traditions that make Miami so special.

To learn more about Greater Miami Convention and Visitors Bureau and The Art of Black Miami, visit their website at miamiandbeaches.com.