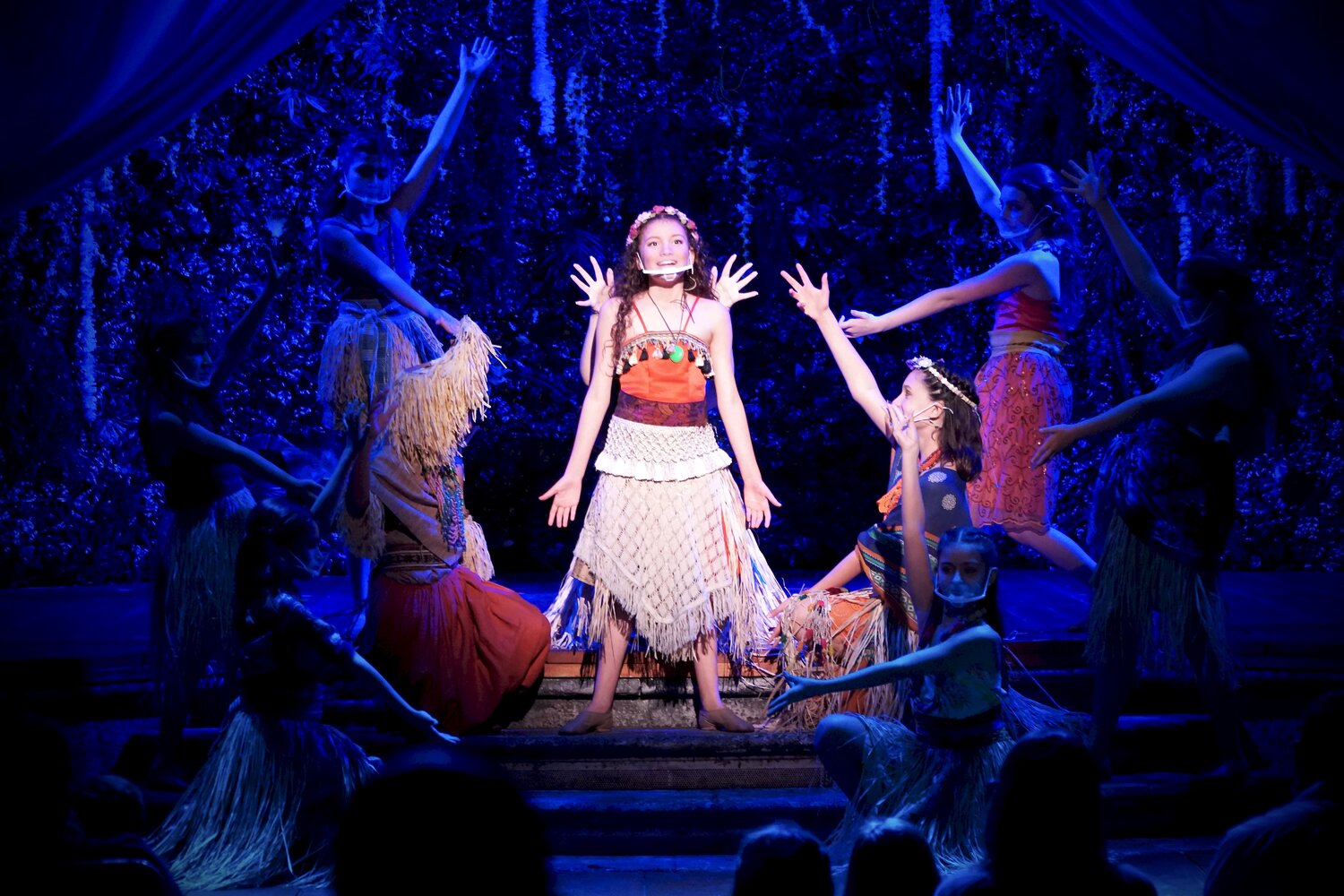 The cast of “Moana” on the outdoor stage at Sunset Place. Photo courtesy of Area Stage.

March 13, 2020 was the final day for many events around Miami, and really the country. It is the day that will forever be remembered as the day before the lockdown. On that night, Area Stage presented its final production of “Oliver.”

Maria Rodaz mentioned that evening that they would be moving from their home on South Dixie Highway (the old Riviera Theatre space) just down the road to Sunset Place. “We needed to move sooner than was expected; because of the lockdown the building owners urged us to move in one week,” said Rodaz.

They moved to Sunset Place and, thanks to their amazing Board of Directors, they were able to move there temporarily until they can find a permanent home. Because Sunset Place was closed, Rodaz said their entire theater was “packed in every which way because, due to the chaos, we couldn’t pack in an orderly way. It was so uncertain.”

Expecting to be up and running by the summer, the pandemic had other plans. When faced with a continued closure, they decided to build an outdoor theater, which was completed by December 2020. Rodaz’s husband, John Rodaz, built the outdoor master stage.

Their Board came through again by curating an opening night celebration. “It was an amazing opening night for the theater, just beautiful with an intimate and, of course, socially distanced gala,” Rodaz said.

Following the opening they began performing at the outdoor theater. The first one in December was a showcase presented over a couple of evenings; Moana Jr. happened this February. In all they have presented more than 25 performances including a showcase and three productions.

“We also brought back Shrek with new actors and that sold out, it was fantastic, Truly, a beautiful outdoor experience,” she said. (Our theater critic Christine Dolen reviewed “Shrek” in late January. Click here to read her review.) 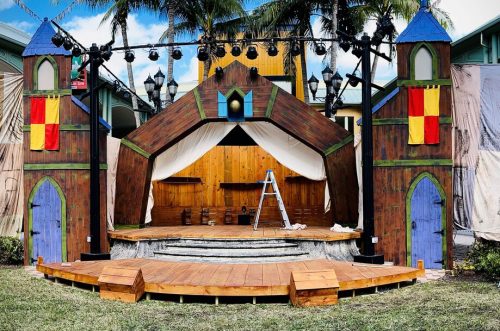 The set for Shrek, said Rodaz, was a “little medieval stage with shadow theater which we then we transformed into a little tiki village for Moana Jr. It was amazing the transformation. John purposely built the platform so it could be transformed with every production.”

Rehearsals happened with some of their students attending one on one where they left 5,000 square feet of open space to allow them to socially distance.

During the transition period they unfortunately had to lay off a few people.“We kept our core people, but we had some layoffs because we needed to pay the bills and couldn’t bear the thought of closing Area Stage after 32 years,” said Rodaz. “Now, little by little new people are coming to our doors.”

Before 2020 ended they were at 6 per cent business and now they have bounced back to about 18 per cent with people “slowly coming out of the woodwork looking for Area Stage.” Their latest challenge is moving indoors during the rainy season and then the hot summer months. “That means we will be working at a loss for who knows how long. But it is better than being closed.”

First up in their new indoor space at Sunset Place will be “James and the Giant Peach” in April. They are taking great care to make it a magical experience, creating a Victorian circus style. “Newsies” will follow, to be directed and choreographed by Charlie Sutton, a renowned Broadway actor and choreographer.

They are even prepping for the summer session says Rodaz “and we are hoping to have another exciting summer.”

Visit their website Areastage.org to keep up with upcoming news and dates for the next production.