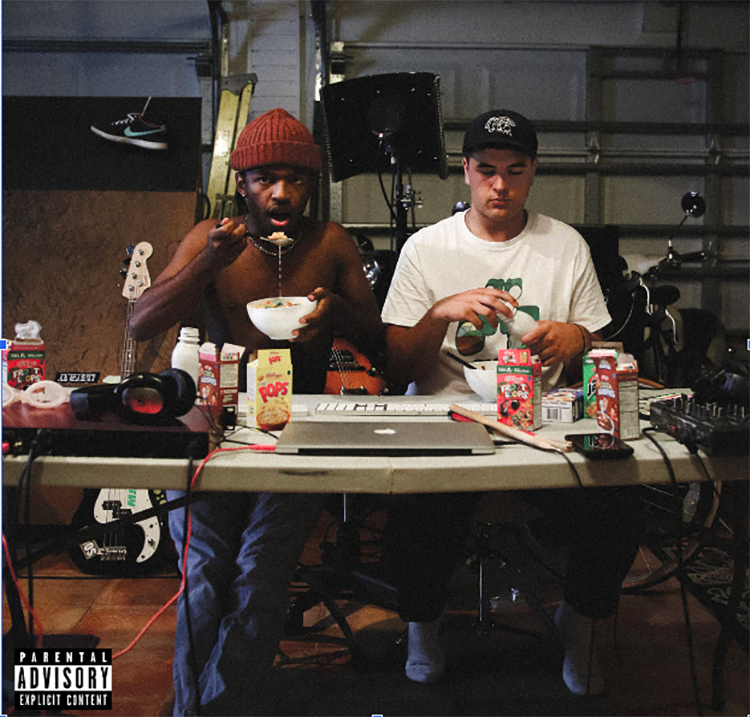 If you’re in the mood for clever verses and subtly catchy choruses overlaid beautifully in a kind of ethereal Lofi hip hop… Let’s Talk Over Ramen.

The quick 12 minute listen of local rapper and producer duo Nu’man Amanze Hall (A.K.A ilikebloo) and Zander Zel (A.K.A tiredlights) immediately transports you to the 1990’s . The classic West Coast Hip-hop flow in Amanze’s first track on the EP, “U Don’t Know” sets the mood for the chill, head-bobbing EP. Hall’s voice adds yet another relaxing, and familiar quality to the tracks.

Each song contains elements of modern Hip-pop that come in during the chorus, a style of writing and production reminiscent of Chance The Rapper, A$AP Rocky and Mac Miller. Hall drew his inspiration for the EP from A Tribe Called Quest as he really valued the extensive vocabulary of the rapper Q-Tip. Zel attributes inspiration to Erykah Badu and the jazz guitarist Wes Montgomery.

Released April 4th, 2020, the two high school friends exclusively made their music together in their garage, from writing, recording, to the EP cover photo taken by Zander’s younger brother Oliver Zel. Hall shared a funny anecdote about the photo that he, “Never ate cereal with milk before this photo.” In high school the friends would host their own improvised rap concerts for themselves and whoever came along. Hall told Zel he would rap to any beat he laid down.

The production of the beats and tiny details in the tracks deserve their own applause. Zel explained that all the engineering and music making process that goes on in the garage is just him and Hall, although he did get samples from friends playing saxophone or bass. Each song follows a chill track and perfectly showcases Amanze’s lyrical style of laying down bars. For those familiar with Lofi Hip-hop, the style is most akin to Cloud rap, which has a bedroom feel and focuses on an “atmospheric soundscape” rather than hard hitting bass and danceable rhythms (https://www.redbull.com/in-en/different-types-of-hip-hop-guide).

“Poppin” features elements of Amanze’s past and lifestyle in Miami, mentioning friends, usual happenings and even an “off key” declaration of love. The perfect song for a late night drive around the city.

My personal favorite on the EP is “Citrus & Chamomile” The jazzy, strictly Lofi style of beats, decorated with added random background voices and noises, inspires a cup of the herbal and calming tea to be brewed and enjoyed.

The last song on the EP, “All Summer” picks up intensity as it introduces more drum beats and synthesizers, and Hall raps along with more intensity threatening, “Don’t make me call your mom!” While Hall and Zel usually start with a beat, for this song, “We were pressed for time and we wanted to like get some more recording in and it was quicker to write a song in 15 minutes and then start on the beat later.” Zel also elaborated that this track was recorded using a metronome and it was his first time building the song around Hall’s lyrics and flow, “It was a challenge, but it was a fun challenge.” 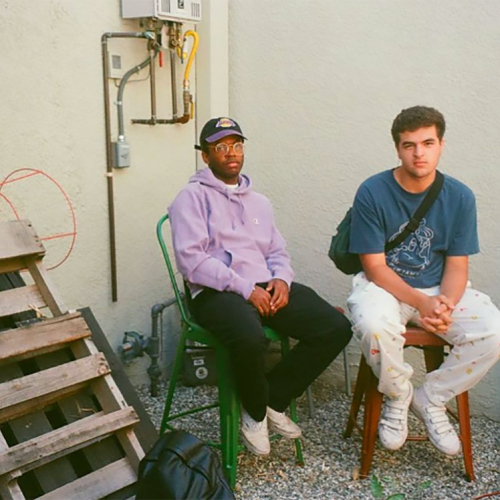 While the tone of each song and the EP as a whole is very well put together and adult, the artists were only 19 when they released Let’s Talk Over Ramen. Surprisingly Hall says, “Definitely, at the time it felt like I waited too long, like I thought I’m already 14 years old and I haven’t started whoa! I’m happy I did it, like who give a s*it ya know; if anyone doesn’t listen.”

I would also like to include that Amanze and Tiredlights have recently switched their artist names and are now creating new music under the persona ilikebloo and Zander Zel. I asked Hall, why the switch? “Well, I don’t really have a real reason, I hated that name. It’s my middle name, no one knows how to pronounce it, it’ll just become a much bigger problem. Everyone kinda likes “bloo” already, it’s more fun and easier to say. Amanze is dying now, unfortunately.” Zel was, “On the fence about going by my real name, but I’m going for it; ilikebloo and Zander Zel.”

So, be on the lookout for new music from the friend duo. Although it’s not as much of Hall’s voice as he’ll be writing lyrics for others, you can hear more from ilikebloo and Zander Zel on a new song called “Name Your Price” coming out on Spotify soon.