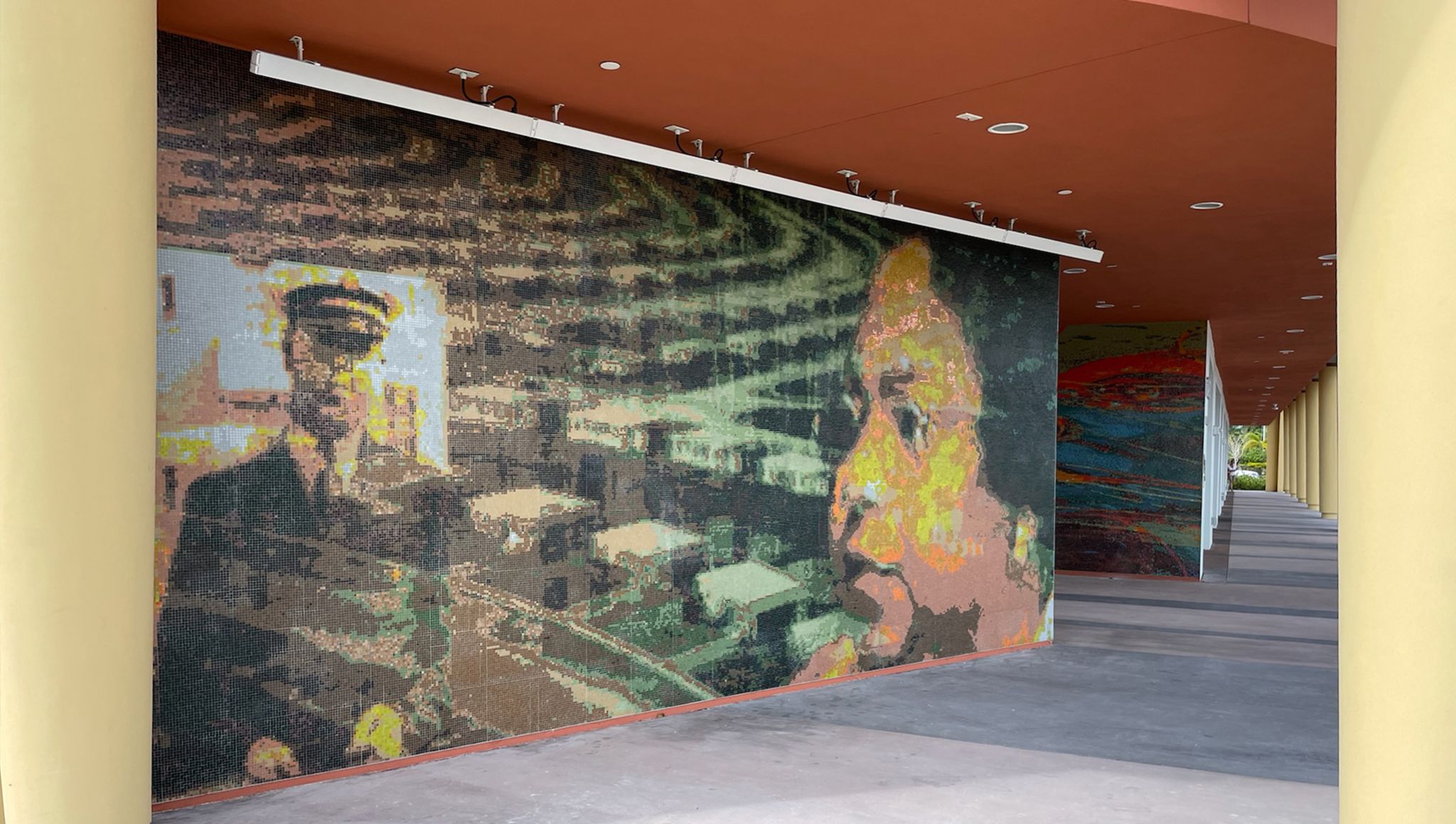 Through collaboration with various South Florida artists and Artaic, a mosaic manufacturing and design company, three new mosaic murals were created in Miami between 2020 and 2021. They can be found at Florida International University (FIU), Liberty City, and Larcenia Bullard Plaza.

There are many places in Miami where mosaic art can be viewed. With their inherent durability and resistance to water and traffic, these large-scale artworks would fit perfectly in a city that frequently experiences rain, high humidity, and bright bursts of sunshine in one day.

Defined in art as decoration of a surface with designs made up of closely set, usually variously colored, small pieces of material such as stone, mineral, glass, tile, or shell, Mosaics have long been in Miami. Some historic artworks date back to the 1950s, with works from artists like Jack Stewart in the ’50s, Enzo Gallo in the ’70s, and the iconic mosaics at the Versace Mansion in Miami Beach.

The 305 is now home to more mosaic murals, and three new pieces have been added to its arty and luxurious landscape. All the mosaic titles for the murals were created through robotics. The artists created and designed the beautiful art, which is then put through Artaic’s proprietary mosaic software, and assembled by the brand’s robotic technology.

Artaic is a company that aims to modernize the creation of mosaics for private and multi-family residences, public art installations, commercial properties, and corporate standard programs, as well as hospitality, healthcare, and education environments. 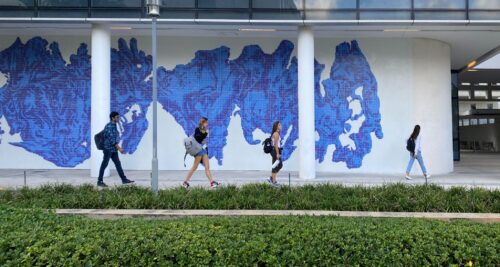 “The Third Day,” a mosaic mural by Miami native Michele Oka Doner, an interpretation of the third day of creation. Photo courtesy of Artaic

At Florida International University, the Modesto Maidique campus, art lovers can now see a mosaic mural titled ‘The Third Day’, a public art installation by Miami native Michele Oka Doner. An interpretation of the third day of creation when land and vegetation were created, the mural depicts microscopic views of plants native to Miami, Florida.

“I really enjoy mosaic, it’s a wonderful material”, says Doner whose artwork is described as a recognizable focal point on campus as it inspires the student body while encouraging people to pay attention and perceive more deeply the environment they occupy. 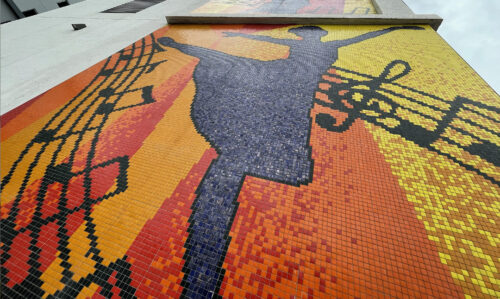 “In keeping with my practice of recognizing individuals and landmarks that celebrate the history and achievements of the community, ‘Block Party’ creates a cultural-historical marker and builds a sense of pride,” indicates the South Carolina’s Ridgeland native who now lives and works in South Florida and Long Beach.

“Identifying the Sandrell Rivers Theater as a site of cultural production, ‘Block Party’ proclaims the site as a hub for dance, drama, acting, and building community around the celebration of creativity and expression,” concludes Latimore, whose artworks are mixed media pieces that combine different materials and textures that evoke the look and feel of immortality.

The last mosaic murals are located in Larcenia Bullard Plaza. The works are by Miami artist Robert McKnight, whose career spans over 30 years.

Three mosaics on the Larcenia Buildings tell the story of the community: ‘The Founders Wall’ (show above) commemorates late Senator Larcenia Bullard, who gave the plaza its name, as well as other historical landmarks around Miami; ‘A Crown for Larcenia’, a repeating pattern that wraps around the rotunda at the top of the plaza, features a poem by Femi Folami Browne, ‘As If She Knew’.

To McKnight, working with mosaics has its challenges and rewards. “The challenge was making the mosaic have a painted effect. Since I used photographs, I wanted to use tiles that gave it a painted look,” he explains.

“The reward is the longevity of the product. Mosaics last hundreds of years, whereas, with a painted mural, the sun usually gets to it after 20 years or so. A mosaic can usually last until the building is destroyed,” says the artist.

“Since mosaics have such a long lifespan, the artwork can become part of the environment, and a permanent part of the community’s history, ” concludes CJ Latimore.