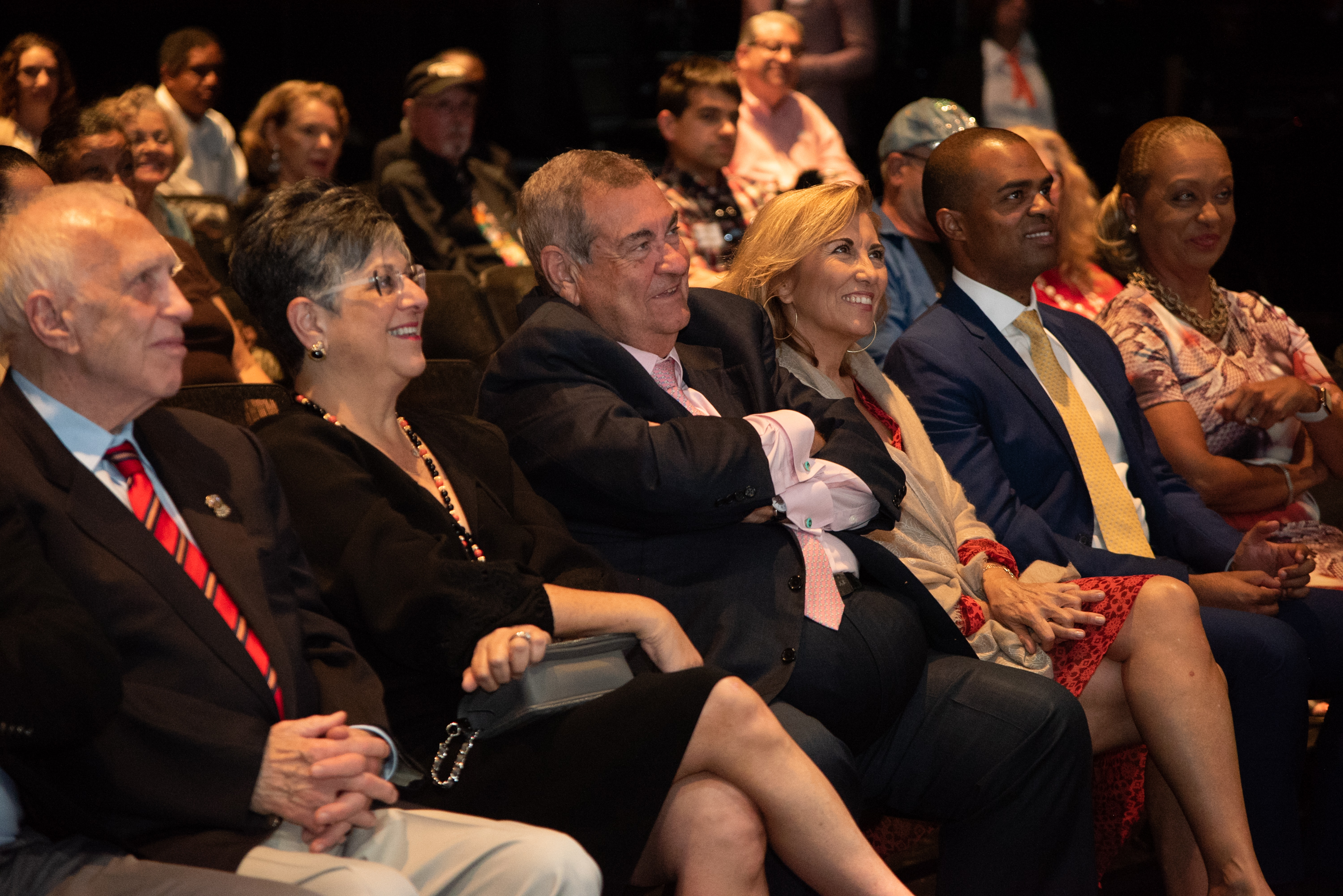 Nearly 40 years ago, Adolfo and Elizabeth Henriques made a decision. After briefly living in Toronto and New York, they had recently returned with their children to Miami, where he had attended Florida International University and she had studied at Barry University. This time, they hoped to stay in the city.

“[Elizabeth] actually said, ‘You know, if we’re going to make this home, we need to continue to help make it a better place for our kids,’ ” Adolfo Henriques recalls. “So she got involved with Vizcaya, Miami Children’s Hospital, Beaux Arts, the Junior League and organizations like that. And after a couple of years, I said, ‘You know, she’s doing her part. I’m going to need to do mine, as well.’ ”

Then the head of the commercial-real-estate-lending division of Barnett Bank, Henriques says he got involved with organizations that aimed to create affordable-housing opportunities for county residents, including the nonprofit Local Initiatives Support Corporation, or LISC. This, he says, was back when “financial institutions were not terribly focused on that.” But when attitudes on affordable housing changed and, he says, “it became easier for those projects to get financed,” Henriques began to volunteer with groups dedicated to improving social services, economic expansion and education.

Eventually, he found his way to the Miami-Dade County Cultural Affairs Council, which, until two months ago, he led for 10 years. “Time went by very quickly,” says Henriques, whose service on the council was recognized by county officials and leaders from the arts community during Feb. 28’s Creative Town Hall for the Arts at Miami-Dade County Auditorium. Hosted by the Miami-Dade County Department of Cultural Affairs, the Arts & Business Council, the Greater Miami Convention & Visitors Bureau and the Florida Cultural Alliance, the event found Henriques seated in the front row as his colleagues sang his praises.

“Elected officials without fail answer his calls,” Department of Cultural Affairs director Michael Spring said of Henriques from the stage. “This is a magical power.”

During an interview several days later, Henriques, 65, turned the compliments back toward the people who had come to honor him at the town hall. “For me, it’s very humbling to [be recognized by] people who really dedicate themselves to providing tremendous entertainment and arts programming and to moving forward the cultural and arts opportunities that exist in Miami,” he says.

Henriques, who currently serves as vice chairman of real-estate conglomerate the Related Group, is also quick to share credit when discussing what the Cultural Affairs Council achieved during his time at its helm.

“I think what I’m most proud of is the fact that we’ve been able to, during difficult economic times, maintain support for the arts and really get to the point where Miami is recognized as a major cultural center throughout the world,” he says. “And that’s a transformation that has taken place probably in the last 20 years … through education, information and persistence and, of course, the enormous dedication of the artists who are here, the people who are engaged and the wonderful public servants that we have dedicated to this effort in the department of Cultural Affairs. Michael Spring and his entire team are an absolutely outstanding group of professionals who just focus on making sure that the right people get support consistently throughout this effort.”

Henriques, who says he stepped down from the chairmanship to allow for “fresh ideas and fresh involvement,” says he is happy that he is being succeeded by Xavier Cortada, a longtime Miami artist and former colleague at LISC whom he has known for more than 30 years.

“He was extremely supportive during all of the time that I was chairman of the organization,” Henriques says. “If there was an evening where we needed to sit in front of the commission and wait for the whole hearing, Xavier was there beside me and providing his support. He understands the need for public support for the arts, and as an artist he appreciates what it does. I think that this is a great transition to someone who really understands what the funding does for the organizations that it is supporting. And to have that type of focus on the Cultural Affairs Council is I think tremendous.”

Cortada says he has learned much from working with Henriques.

“Having served on the Cultural Affairs Council since 2005, I was privileged to hold front-row seats to Adolfo’s remarkable tenure as chairman,” Cortada says. “His unique brand of steadfast arts leadership showed me that a profound love of culture, a formidable understanding of the intrinsic, educational and economic benefits of the arts and a fierce sense of protection of the cultural community can be powerful tools in building support for the arts. Adolfo has raised the bar for what it means to be a true cultural champion, and I am honored to succeed him as chairman. I look forward to continuing to work side by side with Adolfo to advance the arts in Miami-Dade County.”