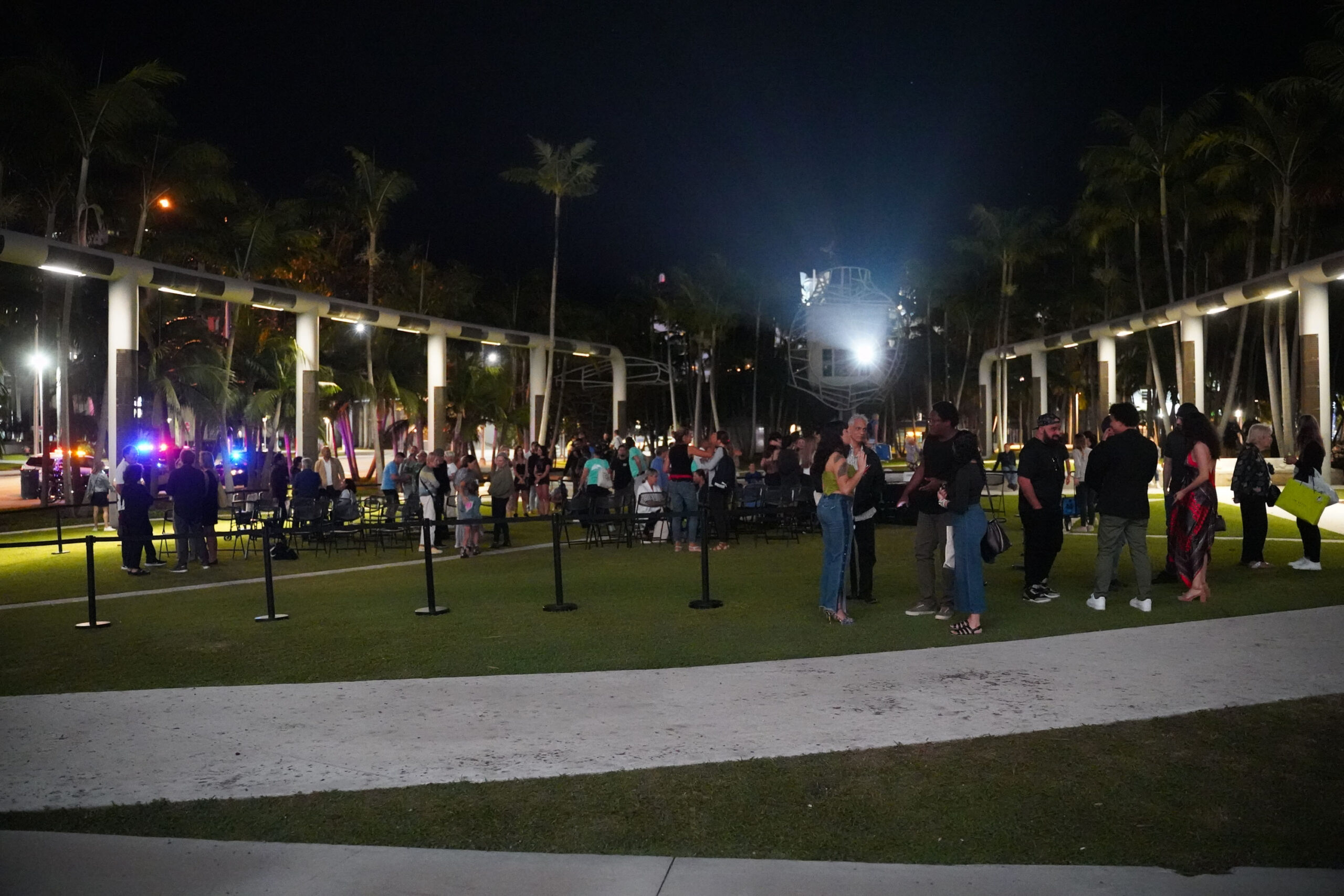 The PSA contest culminated with 10 local filmmakers chosen as winners from a field of 35 entries, for their outstanding  30- to 60-second PSAs highlighting the city’s waste reduction efforts. Each winner was given a $2,500 production budget.

“Miami Beach is ground zero when it comes to things like this so we were excited to partner because we have our own film production department and the city was able to use this contest to revamp their film program,” Dennis Scholl, president and CEO of Oolite Arts said. “They now have a budget for that. Also, their Plastic Free Miami Beach initiative is another thing that made them the perfect partner.” 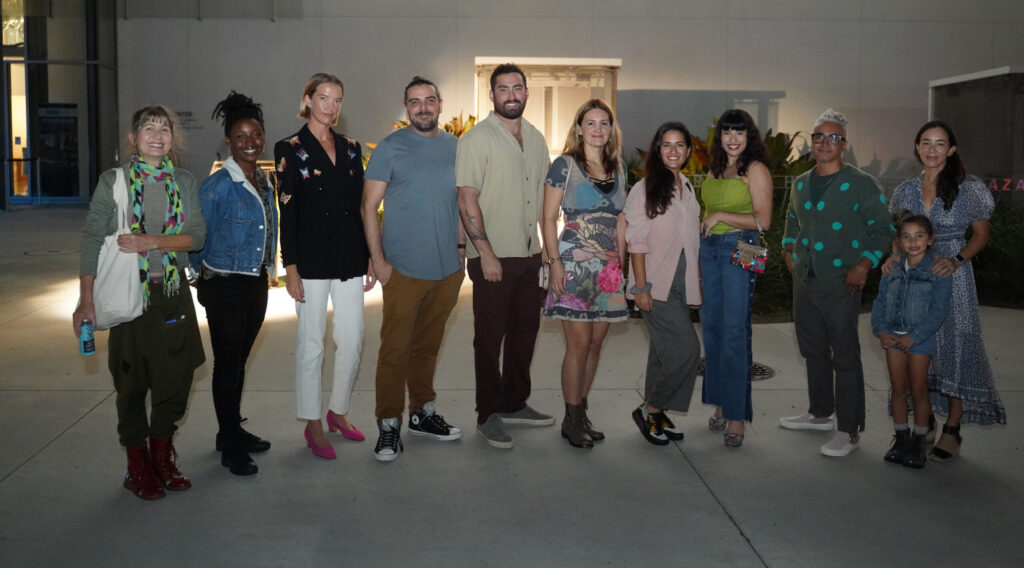 These are the 10 winners and the names of their short films/PSAs:

Juan Castaneda, a writer, director and producer for “A Drowning.”

Shana Druckerman who is affiliated with HAWKS Productions for “Join The Club.”

Franco Gonzalez a Chilean-born director and producer for “Trash Monster.”

Daniel Kaplan a Miami filmmaker for “Plastic, it’s not a good look.”

Maria Corina Ramirez a Venezuelan-American filmmaker for “The Exes.”

Katia Ribeyro a Peruvian producer, director and actress for “A Day at the Beach.”

Panchi Sanfuentes who is a multi-industry professional for “The Circle of Life.”

Georgia Stockwell, a master’s candidate from the University of Miami for “Re/dress.”

Some of the winners shared their inspiration for both entering the contest and what they created on film. 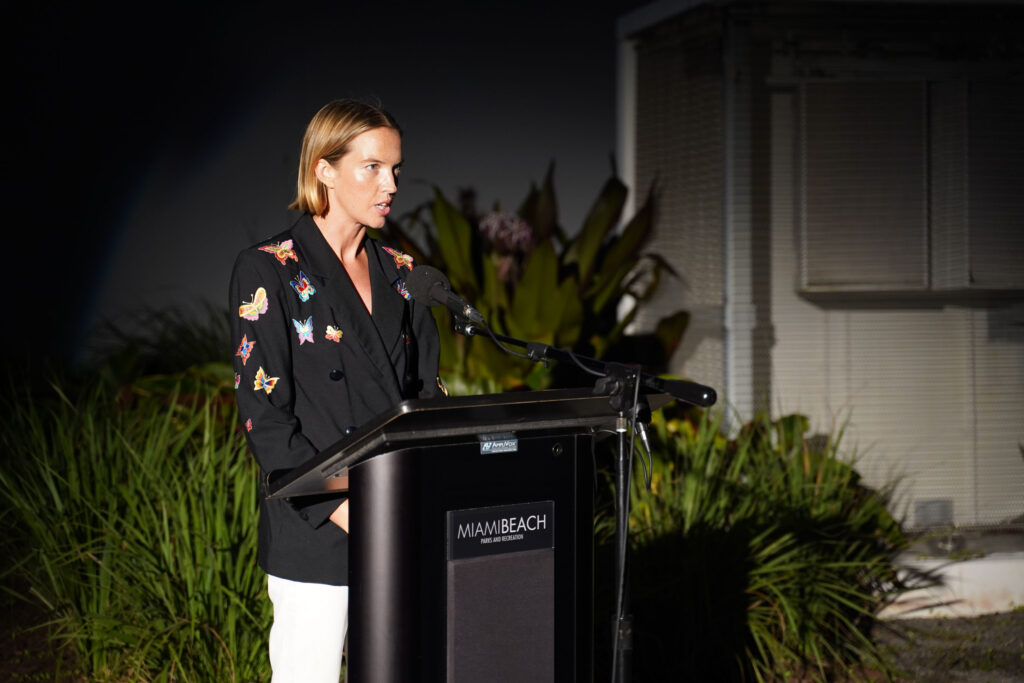 Georgia Stockwell talks about the the shirt at the centerpiece of her film. Photo by World Red Eye

Georgia Stockwell, a New York City native who grew up thrifting and shopping at flea markets, inspired by her parents who shopped at yard sales, found out about the contest from friends who had entered one of Oolite Arts’ previous PSA contests.

“There were several people working in this space that I knew and that’s how I got tapped in,” said Stockwell. “In this kind of format, the power of film is to reframe issues in new ways and create new connections to people to relate in their own way and this contest allowed the opportunity to get creative.”

The shirt featured in her short film is her own personal shirt and is the star of her PSA “because the fashion industry has a huge footprint and plays a huge role in the current environmental crisis but, on the level of the day to day it gets a little less attention than some of the other issues so I feel it’s important to always weave this into the conversation,” she said.

For filmmaker Shana Druckerman, creating her PSA was a family affair. A resident of Miami Beach, they have been composting at the Miami Beach Botanical Garden for quite some time now and decided to feature that in the film.

Her children play major roles in the PSA as do many friends who they recruited to join in. Additionally, her kids were involved in the production of the PSA “from pitch to post, they took tons of notes during the process.

Druckerman’s son, 11-year-old Webber said “I was really excited when we heard we won because I wanted to make something that would encourage people to compost and reduce their waste, but I also wanted to make people laugh and dance. My favorite part was getting to play the DJ and use a turntable, but I was a little disappointed when I learned that it was pretend and the music would be added later.”

“It really was a family effort and I know they’re very proud of it and I hope down the road they can share this with people and that it’s something they can continue to care about,” she said. 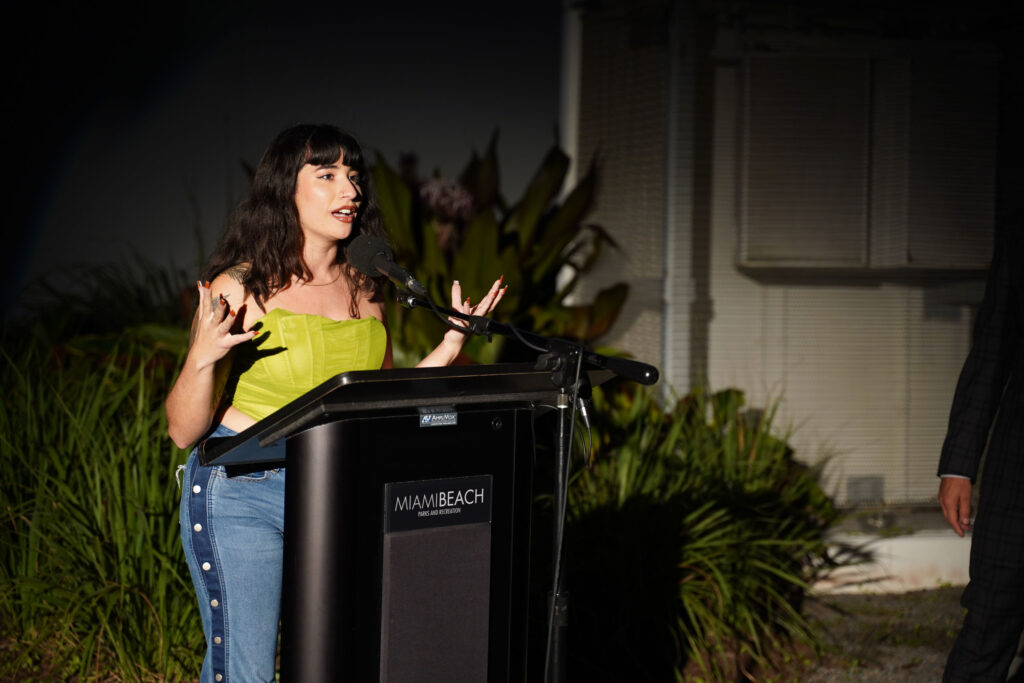 In Cristina Trabada’s winning PSA, local stand up comedian Carlos Hernandez gets into character as fictional “Eco-Commissioner” Yurisbel in what is a hybrid documentary/parody film.

“Carlos was available and he regularly does the Yurisbel character featured in my film. My first idea was to do a Do’s and Don’ts video but then I decided on the documentary/comedy format and it worked,” said Trabada.

Trabada was very excited to be chosen and never having had a relationship with Oolite Arts “I was very pumped to start that. Coming up with the idea and ultimately making the PSA was a lot of fun,” she said. “We made it in like 3 hrs and finished the final product in two days. I took about a day to edit it and we pumped it out in two days.” 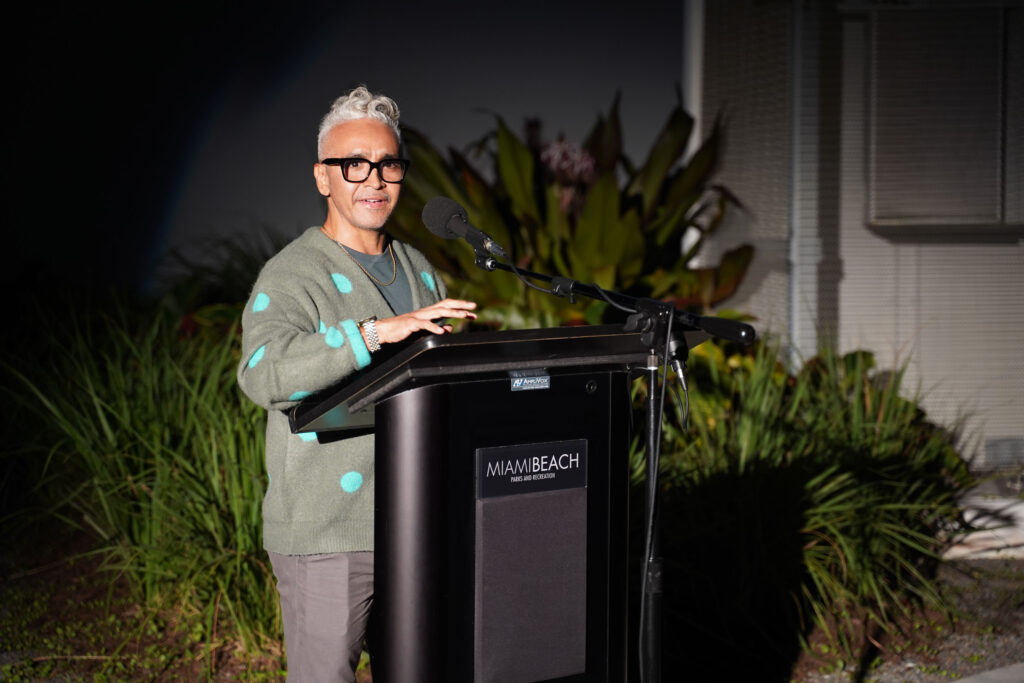 Another winner was Franco Gonzalez, a Miami native who spent some time living in Los Angeles but is now back in Miami, and saw the call because similar to Georgia Stockwell, he saw the call for the previous Mask Up PSA contest by Oolite Arts.

“Eventually, I saw the one for this Sustainability PSA and it was just a no-brainer that I would submit an idea because it felt like a sense of duty,” said Gonzalez. “I was elated when I found out I was chosen. Honestly, a project has to scare me, and with this one I was a little hesitant which was a great feeling as a filmmaker, because that’s where the challenges help me rise to the occasion. Otherwise I feel I’m just phoning it and my curiosity isn’t stimulated.”

Gonzalez knew he’d made something important when there were tourists walking by on the beach watching the filming who wanted to be involved.

“There’s a moment at the end when you see two guys handing the trash monster a piece of garbage and they were Pakistani tourists from Chicago who wanted to be involved and this happened to us multiple times, this is just the one we captured on film,” he said. 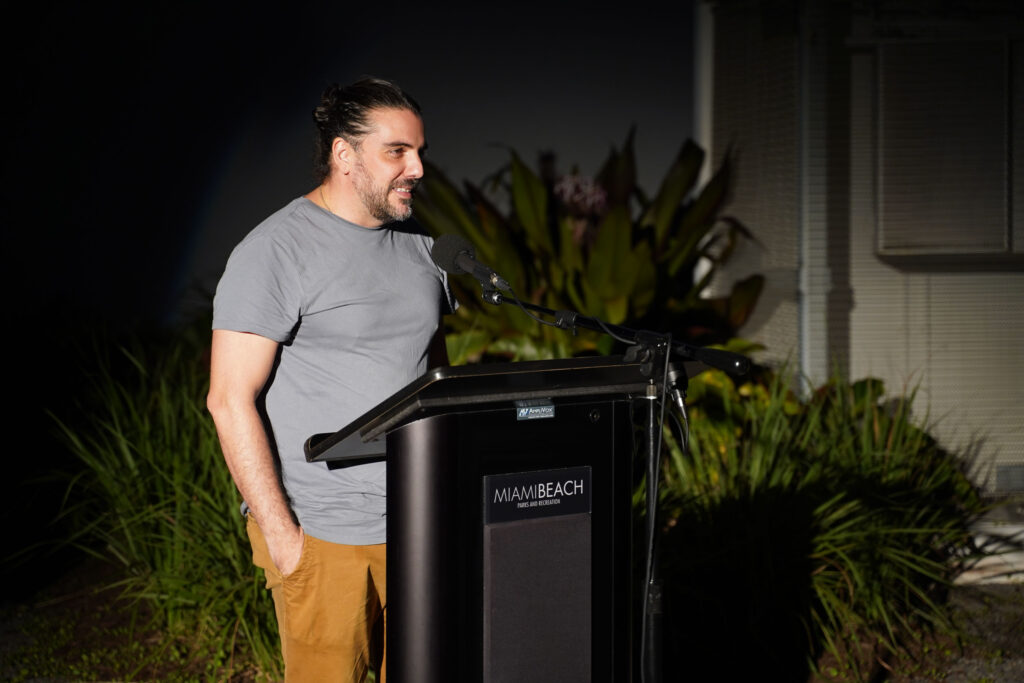 Echoing the sentiments of his fellow filmmakers, Juan Castaneda’s work has to speak to him, everything he does are social justice projects, he does no commercial projects. At first he wasn’t going to apply but he had a change of heart.

“I went ahead and went totally in and it came together and we finished it thankfully. Including myself there were three others shooting the on-camera talent, a skater making her way along South Beach,” Castaneda said. “The main PSA was shot in one day but what took us a while was the underwater footage. It took time to figure out the technique, waiting for the sun, etc…because I wanted to film it in a natural area and not a pool.”

He is thankful for being chosen because he says “it shows the City of Miami is listening and they care. It makes this so much bigger. I was pleasantly surprised when it got chosen. I’m thinking though, I need to do less text next time if I enter something like this.”

Dennis Scholl said “we are thrilled to have made this with these filmmakers and our partners at the City of Miami Beach. These filmmakers play a critical role in these types of issues that our community is facing.”

The winners were honored at a special screening of all 10 PSAs at Soundscape Park on Miami Beach Dec. 7 hosted by WPLG Channel 10 news anchor Louis Aguirre. The PSA’s can be viewed on the Oolite Arts website.